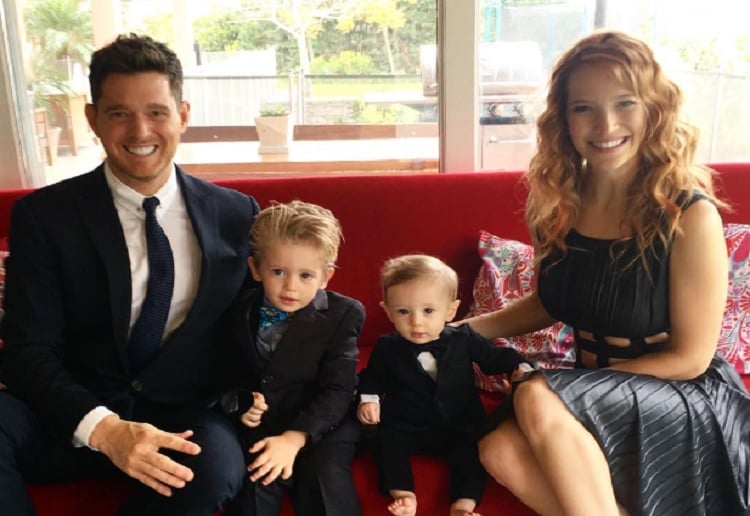 Michael Buble’s wife is rumoured to be expecting his third child and it’s a….

Michael Buble’s wife, actress Luisana Lopilato, is yet to officially announce the news according to reports in Argentinian press last month.

It is believed the couple have told relatives they are preparing to turn the page on son Noah’s cancer drama by welcoming a new addition to their family.

Argentinian journalist Laura Ufbal broke the bombshell news by claiming they were preparing to tell family this month.

According to reports this week the couple have confirmed the sex of their unborn child to their loved ones, and it’s a girl.

Local media say they are anticipating an official announcement at the start of next month after Luisana jets to Buenos Aires with Michael and sons Noah, four, and Elias, two, to promote the premiere of her latest film.

The couple have yet to comment on the pregnancy claims, although Luisana’s brother Dario has done little to deny them.

Journalist Ariel Wolman, credited with breaking the news that their third child would be a girl, tweeted on Tuesday: ‘End of the mystery. Luisana Lopilato and Michael Bublé now know the sex of their child.’

We will keep you up to date with any further hints of the pregnancy rumours.