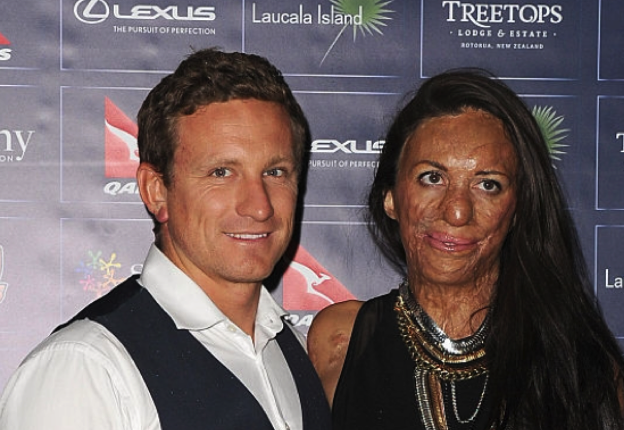 Turia Pitt hasn’t had an easy run in life. During 2011, she was competing in one of ‘RacethePlanets‘ ultra marathons in Western Australia when she was badly burnt. Race organisers failed to heed warnings related to the bushfire, which resulted in her and two other men becoming trapped. 80% of her body suffered excruciating burns.

Her road to recovery hasn’t been easy either, going through many surgeries, and partaking in a rigorous rehab program.

Her long time boyfriend, Michael Hoskin has supported her through the whole journey, becoming her primary carer. He has stayed by her side through thick and thin, and provided her with unconditional love.

Just this morning, they made an exciting announcement. They are engaged!

“When Turia was in intensive care four years ago, i bought a diamond ring” Michael revealed. He popped the question to her when they were on holiday in the Maldives.

We would like to wish the couple all the best, and hope they have a beautiful wedding!