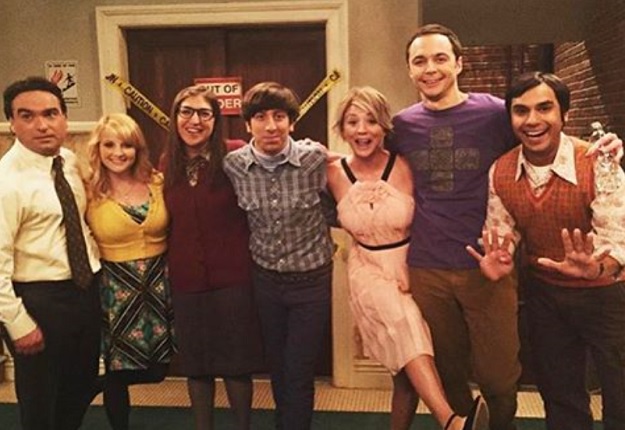 Rumours are flying for two of our much loved “The Big Bang Theory” stars.

So the gossip this week is that “The Big Bang Theory” star Kaley Cuoco (Penny) not only reunited with ex-boyfriend Johnny Galecki (Leonard) but apparently if we are to believe the source, they are expecting their first child together.

A source close to the actress has revealed: “They’re desperate to keep things under wraps. But everyone’s convinced she’s got a baby on the way with Johnny.”

“It makes sense because they both want kids, their friendship has only gotten solid since things fell apart with Ryan and Big Bang bosses have included plot accommodations for Penny to get pregnant.”

The insider said Kaley, who turns 30 this week, turned to Johnny after she ended her 21-month marriage to tennis star Ryan Sweeting earlier this year.

“Kaley and Johnny are meant to be, and should never have split in the first place,” the source tells Woman’s Day.

I am not convinced to be really honest, but their source adds: “He wants kids just as much as she does and for Kaley, being back in his arms is like putting on a comfortable coat.”

Time will tell! It sure would be great if they included it on the show though. That would be one cool baby.