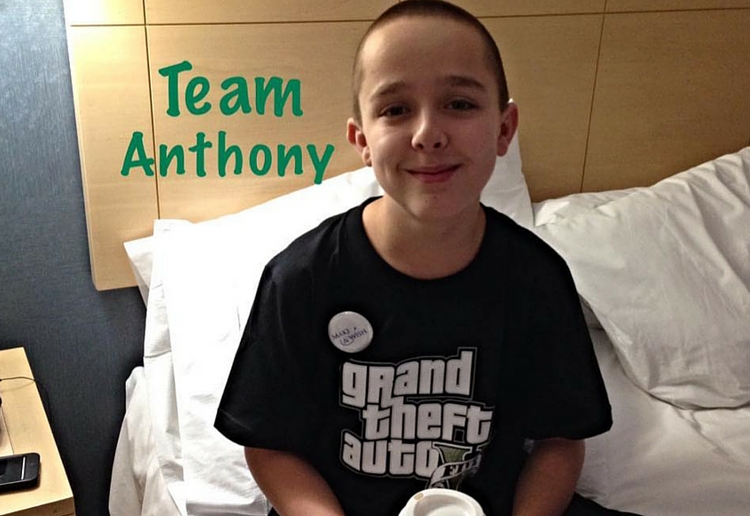 A mother has put the call out on Facebook for a lifesaving organ donation for her son and has received the gift for Christmas she was hoping for!

Anthony Parello, 14, was gifted a new liver from a long-lost friend of his mother’s after she posted a plea for help on the social media site.

“It was just a hope, like, well at least I could say to myself as his mother ‘I tried’, I tried to do something to find a living donor for him,” said Anthony’s mother Kimberly Parello said in a press conference, reports Fox News.  “We wouldn’t be here if we didn’t have Facebook.”

Anthony was born with biliary atresia, a condition in which inflammation develops within the bile ducts both inside and outside the liver.  Four years ago, doctors also found a tumour growing on his liver.

Kimberley turned to Facebook for help when the family was unsuccessful in finding a donor for Anthony.

“This young man needs your help,” Kimberly wrote on Facebook. “His liver is starting to fail and needs a transplant.”

After weeks of testing at Northwestern Memorial Hospital, doctors revealed that Kendra was a match.  Last week, Anthony received his transplant thanks to Kendra’s donation.

“I never even knew Kendra until my mum re-connected with her on Facebook,” Anthony says.  “It was a blessing that Kendra was available to be a match, and around Christmas, so that I can actually live a normal like everyone else.”

When people ask Kendra why she decided to donate part of her liver to Anthony, she replies, “Why wouldn’t you?”

Doctors say Anthony’s liver should regenerate in a few months and if all goes well he should live a long and healthy life.