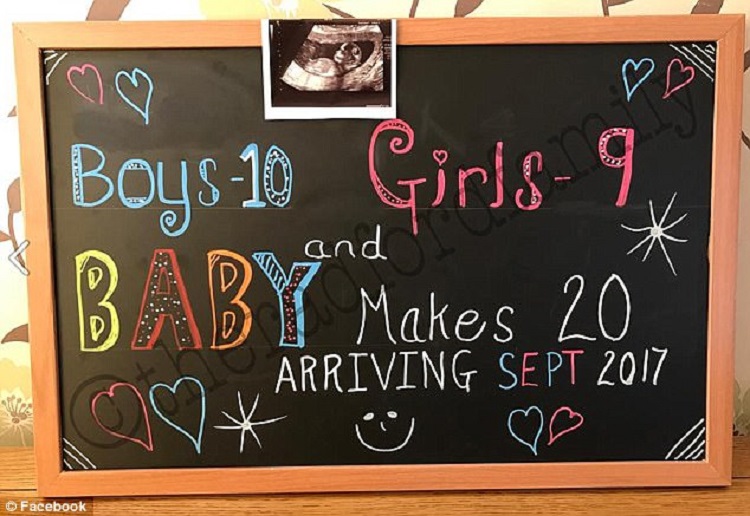 Britain’s biggest family announce that baby number 20 is on its way.

Sue and Noel Radford, who live in Lancashire, revealed that they would be expecting a new addition to their already large family by posting an ultrasound on social media, shared Daily Mail.

The couple, who had their last baby, daughter, Phoebe in July last year, also shared a picture of a chalkboard that announced Mrs Radford’s due date.

Though Mr and Mrs Radford consider themselves the parents of 19 children – soon to be 20 – the couple sadly lost their son, Alfie, in July 2014, 23 weeks into the pregnancy.

Despite their already huge brood, the family have never ruled out having a 20th child and even dropped hints just days after Phoebe arrived last summer.

Gosh, I envy parents of large families. I certainly do not have the patience to manage a large family. I get stressed trying to juggle a couple of kids when there is lots going on.  Twenty would be such an eye opener. Although with strict organisation I am sure we would all be capable if we had to.

Do you come from a big family? We would love to hear your stories of growing up in a large household.