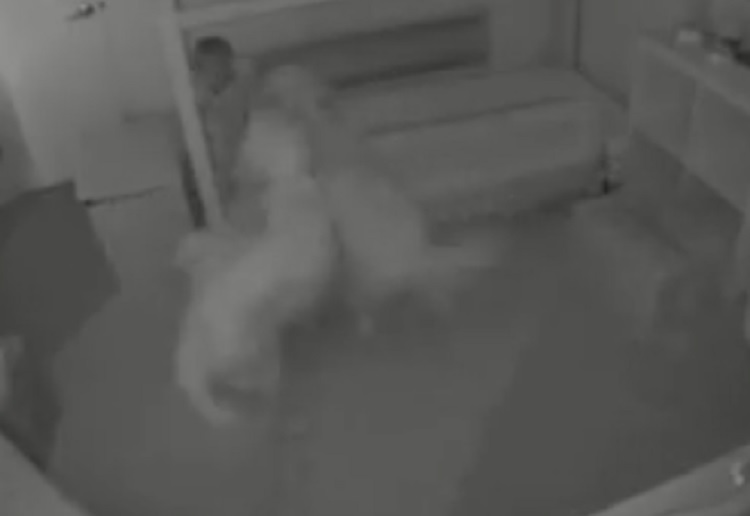 Parents who were baffled how their toddler managed to open her bedroom door to wander the halls in the middle of the night. Then they catch the culprits red handed…

Their 15 month old toddler was too short to reach the door handle, but she kept escaping her bedroom to wander the halls late at night. Her parents were shocked to discover she had two partners in crime – their adorable Golden retrievers.

Using in-room safety cameras, they recorded the cheeky pair of pooches opening the door and playing with the girl before leading her out for a wander.

The video shows the two retrievers opening the door and jumping on the bed to wake up the little girl.

Then, once she’s awake and ready to explore, they run in and out of the room, encouraging the girl to follow.

The father of 15-month-old Chloe, who escaped her cot with the help of the family’s two Golden Retrievers, says she and the dogs have always been close.

Chris Cardinal told DailyMail.com his daughter and their dogs Colby and Bleu have always gotten along, and that the boisterous pair were ‘incredible with her’.

‘They’re such sweet boys,’ he said. This might be the reason Chloe refused to dob them in when her mother Nina found her in the hallway at 6.05am last week.

‘She didn’t give them up,’ he said, adding his daughter was too focused on her outrage at not being immediately picked up and fed breakfast.