Article Family FedEx themselves through a blizzard for lifesaving surgery 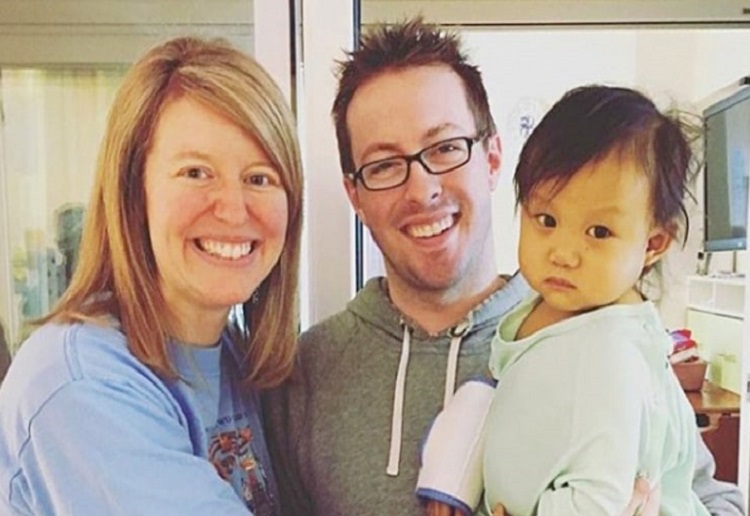 When Jesse and Nick Faris finally got the call they had been waiting on for a year not even a blizzard was going to stop them getting to Chicago for their daughters liver transplant.

Brooklyn — who was adopted from China at 12 months old — suffers from Alagille syndrome, a genetic disorder that prevents the liver from properly eliminating waste from the bloodstream.

But the Memphis-based parents’ relief quickly turned to panic when they discovered all the flights to the city had been cancelled due to a blizzard. “We considered driving or taking a train, but we were worried we wouldn’t get there on time,” Jesse tells Us Weekly. “It would have been $10,000 to charter a plane, and we couldn’t handle that financially.”

“When they said there’s a blizzard I think I just thought, ‘It doesn’t matter what it takes, we will get there,’” said Brooklyn’s mother, Jessie Faris.

Family and friends scrambled to find a way to get the girl from Memphis to Chicago in time to receive the much-needed help. Late Wednesday, they finally found it when FedEx offered the family their executive jet.

“They called and said if we could get to the airport in 30 minutes, they could fly us free on one of their corporate jets,” Jesse tells Us. “We rushed over and met two extremely nice pilots. They showed genuine concern for our comfort and for Brooklyn.”

“When we learned of the extraordinary circumstances and extreme urgency of the situation with Brooklyn, we knew we had to do something,” Patrick Fitzgerald, senior vice president of integrated marketing and communications at FedEx said in a statement. “Thankfully, we had the network and resources available to make it happen for this family in our hometown of Memphis. The entire FedEx family is pulling for a quick and full recovery for Brooklyn.”

FedEx is flying Brooklyn and her family to Chicago in THIRTY MINUTES on one of their cargo planes FREE OF CHARGE.

Which means that the family now gets to use the money from the donor for other expenses besides chartering an emergency flight at 1 am. UNREAL.

FedEx. You have outdone yourself.

“Brooklyn is getting stronger every day,” says Jesse. “We are still wrapping our minds around what the future holds — with this gift of new life given to her, there are so many possibilities that lie ahead for Brooklyn!”