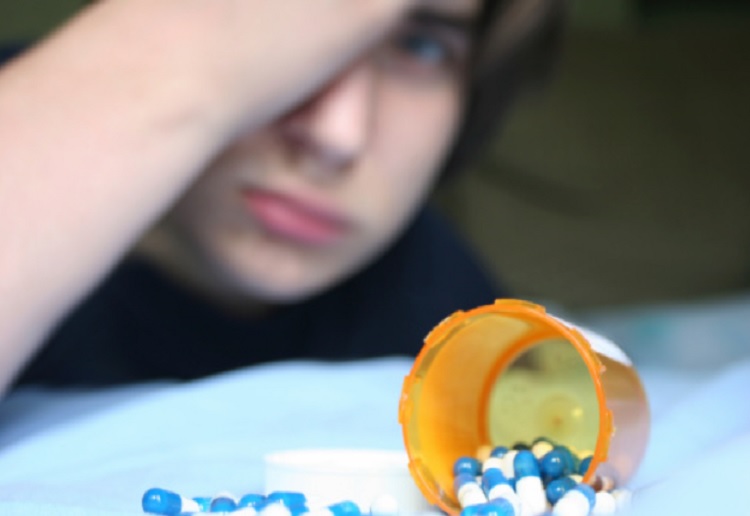 A Queensland father has been granted bail after poisoning his baby girl with ‘hillbilly heroin’.

A 22-year-old man gave the two month old a strong painkiller OxyContin – also known as ‘hillbilly heroin’ –  to stop her from crying so he could have some ‘time out’.

The baby was taken to the Gold Coast University Hospital and currently remains there in a stable condition.

Acting Detective Inspector Greg Aubort, of the Gold Coast Child Protection Investigation Unit, said they had a strong case against the man.

‘We’ll allege he put the child down and was looking for some sleep, some time to himself for a hobby project he had. The child became unsettled and he made the decision to resettle the child with this drug,’ he said.

‘There are foreseeable consequences. This is a restricted and controlled drug, it is restricted for a reason, it’s dangerous and at a high level of prescription for pain relief.

We hope the little bubba makes a full recovery.

The young Gold Coast father who sedated his baby daughter with ‘hillbilly heroin’ to stop her from crying has been granted bail.

The 22-year-old appeared in Southport Magistrates Court on Wednesday charged with one count of administering poison with intent to harm and possession of a controlled substance.

During the bail hearing the court heard the father had gone home to google the side effects of OxyContin before texting his partner at the hospital to suggest the baby’s stomach should be pumped.

OxyContin, also known as ‘hillbilly heroin’ is a powerful narcotic pain reliever, which is similar to morphine in its effects.  It is commonly used by addicts as an alternative to heroin.

The father has been granted bail on the condition he cannot contact his daughter unless under the supervision of the Department of Child Safety.
UPDATE 27 October

A Gold Coast father who poisoned his own daughter with a drug dubbed ‘Hillbilly Heroin’ has avoided more jail time, reports 7 news.

The father pleaded guilty to causing grievous bodily harm after dissolving oxycontin in a bottle and feeding it to the two-month-old.

The Crown said the child would have died without medical intervention.

The judge labelled the father’s actions a ‘nutty experiment’ but granted him parole.