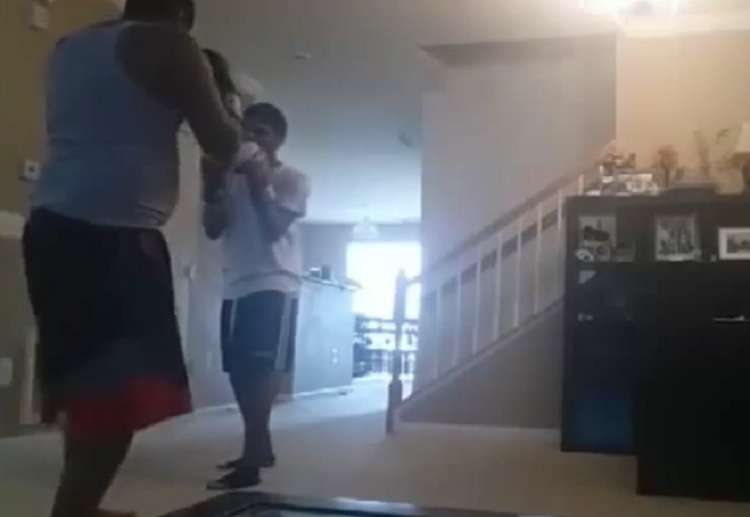 US father has been charged after filming himself sparring with his son as punishment for skipping school.

A father has been charged after he forced his seventeen year old son into sparring match with him as a form of punishment, while filming it and putting it online.

The man, who has been identified as Travis Sellers from Virginia, US, put the disturbing video onto Facebook Live for the world to witness.

Before the “match” began he tells the camera that his son was being “discipline for not following my directions, secondly for teaching him how to defend himself”.

“You gunna cut up at school, this is what you gotta deal with coming home.”

“Come on, stop acting stupid,” the man can be heard yelling when his son fails to put up a fight.

“Don’t be cryin’. You don’t be cryin’ when you’re talking s*** to them teachers and being disrespectful. No you don’t,” he tells the boy.

He turns to the camera and says “that’s how you discipline a teenager”.

According to news website Rollingout, he has been charged with domestic assault and battery charges released on $US5,000 bond.

WARNING video may disturb some viewers.