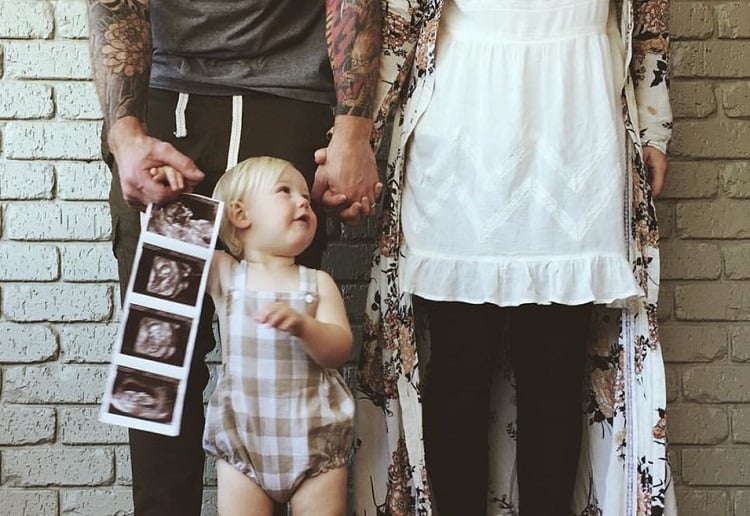 The Block’s Dale and Sophie Vine are expecting their second child.

‘It’s a little blurry but the best we could do baby boy #2 coming mid-October! We’re all very excited, well Van has no idea but he’s excited in theory!’ she wrote.

Meanwhile, Dale posted a video of his first born Van cradling a doll along with the accompanying caption:

@sophie_vine and I have done it again… and that means there’s another baby boy coming in October, yeeeeeeew!!!!

‘Van is flat out learning how to be a big brother so he can babysit his brother and Soph and I can finally go to the flicks!!!! #HugTheBaby #KissForTheBaby #NicePatsNotHardOnesMate,’ he added.

The couple wed five years ago and welcomed first son Van Byron just days before Christmas back in December 2014.