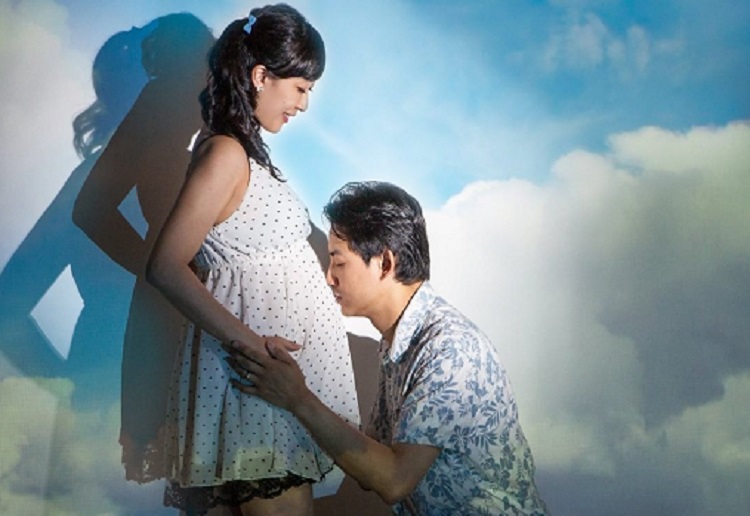 Florence Leung and her husband Kim Chen, were so excited to be adding a child to their family. Sadly two months after their first son’s arrival, Florence took her own life.

We shared the original story in November of a couple who“We were married for two years,” Chen told the Vancouver Sun. “We always wanted to have children and build a family. And everything was perfect, everything was bliss.”

Even though Chen reported that they were very happy about their son’s arrival, Florence, who was a registered nurse, was thought to be suffering from postpartum depression.

The day after she was reported missing, her car was found, but the search for Florence didn’t end for another 20 days. Her body was eventually found in the water near Bowen Island, according to the New Westminster Police Department.

On November 16, a statement was released on a Facebook page that was created to organize community efforts to locate Florence:

“It is with great sadness to tell everyone that Florence Leung has been found. Police notified husband Kim Chen and family earlier today of the discovery. We ask that everyone at the moment respect the family’s privacy and we will release more details as they become available. We thank you all for your prayers, love and support at this very difficult time. #PrayForFlo”

Kim recently shared on the Facebook page, “Since my Flo has been found, our whole family is devastated and grieving right now.

However, we must all be strong for our son who is almost 3 months old, we have to take care of him and raise him to be a good, caring and compassionate person– just what Flo would have wanted.

Though we are now planning to say goodbye to Florence, I want to make this page about remembering her life. I will continue to post occasional updates of how I want to remember my wife, and information advocating awareness for post-partum depression. Thank you. -KC”

Our thoughts are with Flo’s family and friends.

A couple of months ago we shared the story from Allison Goldstein’s family who were left shocked when Allison wrote a goodbye email that was several pages long, checked her 4-month-old daughter into a day care centre, drove herself to a dirt road, and took her own life. Read that sad story HERE.

Two months ago, Kim Chen received the devastating news that his wife Florence, a new mum struggling with postpartum depression, had taken her own life.

Now, as he moves forward raising their son on his own, he has penned a heartfelt message to all new mums that they are not alone and are not failing if they cannot breastfeed.

Kim wrote, “2 months have passed since the Detectives and victim assistance staffs showed up at our home, with the grim look on their faces. I knew immediate what they were going to say before they entered the door. Yes, it was just like the numerous scenes on TV drama when the police breaks bad news, That grim look on their face. Except, as surreal as it all was, this is not TV. This is happening to me. This is real life.

This must be what patients feel like when they hear the dreaded “Cancer” diagnosis. Everything said after the “C” word became obscured and clouded, drowned out by the ringing in the ear. The foundation of my life was taken apart, the plans of the future never to realize. Everything needs to be rebuilt.

It felt like half a year had passed since that day, but in fact it had only been 2 months. I have been living in survival mode: living a day at a time, sometimes an hour at a time – exactly like many people taught me to do. Living at the moment is truly the only way to go through this at this stage. As the initial shock and emotional numbness slowly subsides, I’m experiencing more flashbacks of memories from our 6.5 years of happiness, and for now these memories tend to trigger pain and intense longing.

That is why I had not been reviewing our photos and videos the last 2 weeks. I now understand the importance to be kind and gentle to myself, and not to overwhelm myself intentionally. The time will come when I feel more at ease about reviewing and writing about Flo and I, and I look forward to that day.

Our baby boy is growing well and well taken care of, he is at 90th percentile for height and weight, and smiles and laughs a lot! He’s beginning to do tripod-sitting, and will turn over soon.

I’d like to share an article about a young mom who passed away earlier in 2016 from PPD. Her personality seems so similar to Flo in many ways.

For all the new moms experiencing low mood or anxiety, please seek help and talk about your feelings. You are Not alone. You are Not a bad mother. Do not EVER feel bad or guilty about not being able to “exclusively breastfeed”, even though you may feel the pressure to do so based on posters in maternity wards, brochures in prenatal classes, and teachings at breastfeeding classes.

Apparently the hospitals are designated “baby-friendly” only if they promote exclusive-breastfeeding. I still remember reading a handout upon Flo’s discharge from hospital with the line “Breast Milk Should Be the Exclusive Food For the Baby for the First Six Months” , I also remember posters on the maternity unit “Breast is Best”. While agreeing to the benefits of breast milk, there NEED to be an understanding that it is OK to supplement with formula, and that formula is a completely viable option. I will talk more about this in the future.”

If you or someone you know are struggling with postnatal depression please contact PANDA 1300 726 306.