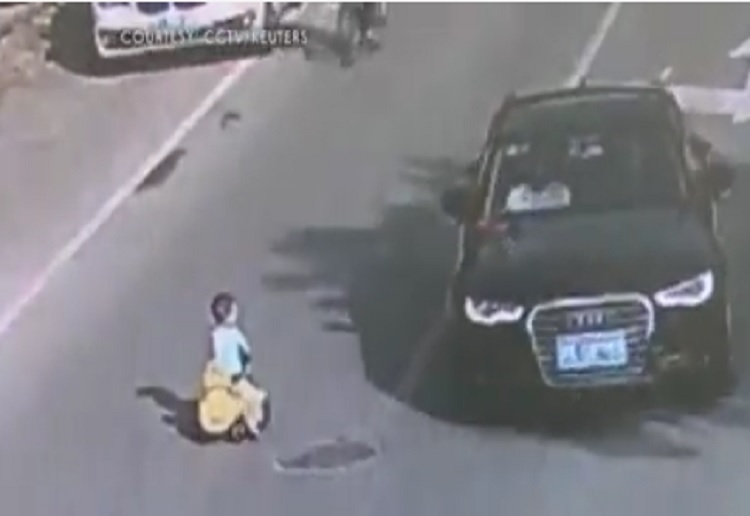 A surveillance camera has captured a policeman saving a child who was playing on a toy car in the middle of a busy road in China’s Zhejiang Province.

The boy, aged about three, was seen riding his toy car on a major road in the city amidst the traffic during rush hour on Thursday (local time), ABC reports.

Wu Feng, a policeman in Lishui City, was riding his motorcycle to a job at the time and saw the child.

He immediately rushed over and got the boy to safety.

“It was over eight and I was going for a rush-hour duty. I left from the police office at 8:00am,” Mr Wu said.

“When I rode out of the gate, I saw a little kid on the road riding on his toy car through the traffic.

“It was very dangerous with many big vehicles around him, so without a second thought I rushed to the kid immediately and took him to the side of the road.”

Finally Mr Wu and his colleagues found the boy’s mother and handed over the kid.

Why did nobody stop?!  GAH!