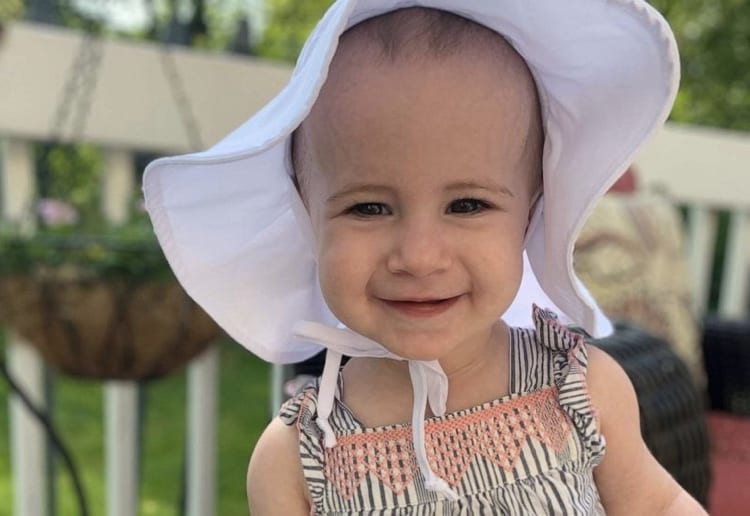 A CCTV video of the tragic cruise ship death of the 18-month old girl, when she fell out of an open window on an upper level, has been aired on a Puerto Rican TV show.

The Grandfather of the little girl, Chloe Wiegand, has been charged with negligent homicide following the death of his granddaughter in July this year.

The lawyer for grandfather, Sam Anello, has said that the prosecutors have offered him a plea deal, as reported in 10 Daily.

The leaked footage appears to show Mr Anello lifting little Chloe up to the open window of Royal Caribbean’s Freedom of The Seas, as it was docked in Puerto Rico.

Mr Anello has maintained that he thought the window was closed but prosecutors claim that the video shows that the grandfather’s actions were indeed reckless.

The Wiegand family is appalled that the surveillance video had been released to the public saying:

“The family is shocked by the deplorable and disgraceful misconduct that led to the release of this footage. The family’s sole motivation for not releasing the video was to protect their older child. That motivation has not changed. The family publicly asks the Puerto Rican authorities, why was this footage released? Why do you continue to inflict such heinous emotional distress on our family? Haven’t we been punished enough by the loss of Chloe? Finally, the family requests an immediate, independent investigation done into the circumstances surrounding the leak.”

Attorney General Dennise Longo Quiñones spoke to CBS News commenting: “We are unaware of how Kobbo Santarrosa obtained the video of the unfortunate incident where Chloe Wiegand lost her life. A careful review of said video confirms, however that Salvatore Anello is guilty of negligent homicide as charged.”

“The evidence collected in this case corroborates his criminal responsibility. We hope and expect Chloe’s family fully cooperates with our proceedings and that justice prevails in this case with conviction.”

There has been no official plea deal as yet, but Mr Anello’s attorney has said that the grandfather would need to plead guilty to negligent homicide in the death of Chloe Wiegand.

In return, Mr Anello would forgo imprisonment and get minimum probation and supervision.

The trial is ongoing.

The leaked surveillance footage can be seen below.

Do you think the grandfather was negligent? Tell us in the comments below.