Article Toddler Plunges To Her Death From Cruise Ship Window 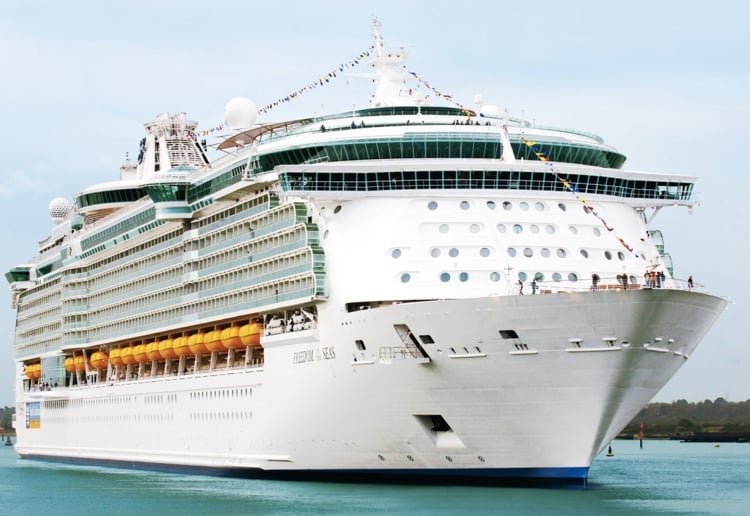 A toddler has died when she plunged off the upper deck of a cruise ship while her grandfather was reportedly dangling her near the window.

According to the Daily Mail, the 19-month old young girl, who was from Indiana in the US, fell from a Royal Caribbean vessel docked in Puerto Rico on Sunday afternoon.

It is believed that the child’s grandfather fell and the child slipped from his arms out of a window on the 11th deck of the Freedom of the Seas ship.

It was reported that the horrified passengers heard a ‘cry of pain’ from the girl’s mother.

‘[We heard] the screams of the families because we were close,’ a nearby passenger told Telemundo PR.

‘I looked because of the mother’s cry. That tonality, a scream of pain of that nature, does not compare with any other scream.’

The child fell onto the concrete of the dock in San Juan and died on impact.

It is understood that deck 11 on this cruise liner is a pool deck, which may explain why the window would open.

What A Tragic Game

Department of Public Security official Elmer Román said the grandfather was playing a game with the child when she slipped from his arms.

He confirmed that the homicide division was investigating the death.

A statement from Royal Caribbean Cruises Ltd. said that they are “assisting local authorities in San Juan, PR as they make inquiries after an incident aboard Freedom of the Seas earlier today.”

‘We do not have further information to share at this point.’

The captain of the ship shared the sad news and announced that the departure of the cruise would be delayed.

Leave your comments below.