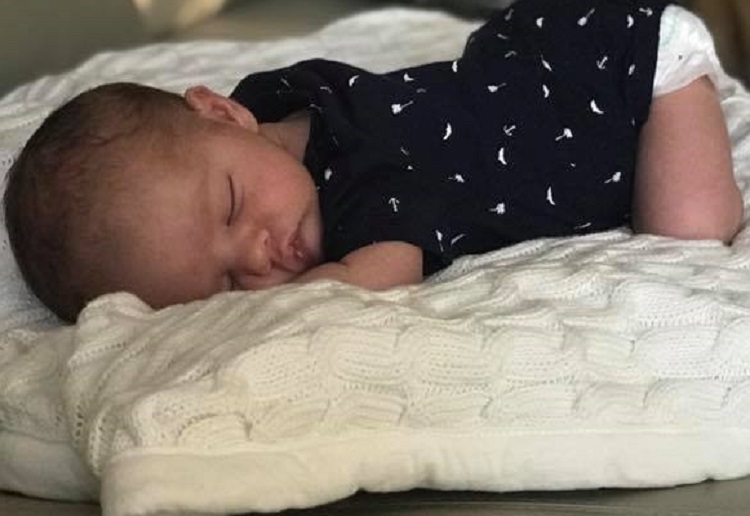 Footy star shares a touching photo of new baby son but fans were quickly outraged by the seemingly harmless image.

Former All Black, Matthew Ridge, welcomed his first child with Chloe Liggins on the morning of New Year’s Eve.

‘After nine months of cooking in the oven, our little Kenzo Axel Ridge blessed our world,’ Ms Liggins wrote according to New Zealand Herald.

The new baby was photographed asleep on his stomach as he laid peacefully on a white blanket. 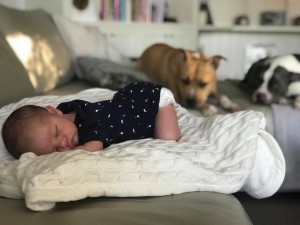 In the background, two dogs can be seen out of focus but laying on the couch behind the newborn, fuelling outrage among some fans.

‘Get those dogs in the background out of there. They don’t look too happy. Best to be on [the] safe side. Lovely photo of bubs,’ one person wrote.

Many people suggested the parents should keep the ‘beautifully dangerous breed’ away from their newborn because they ‘don’t belong near young kids much less babies’.

What do you think? Did your keep your pets away from your new baby? Or is it important to encourage them to adjust to their new little human?