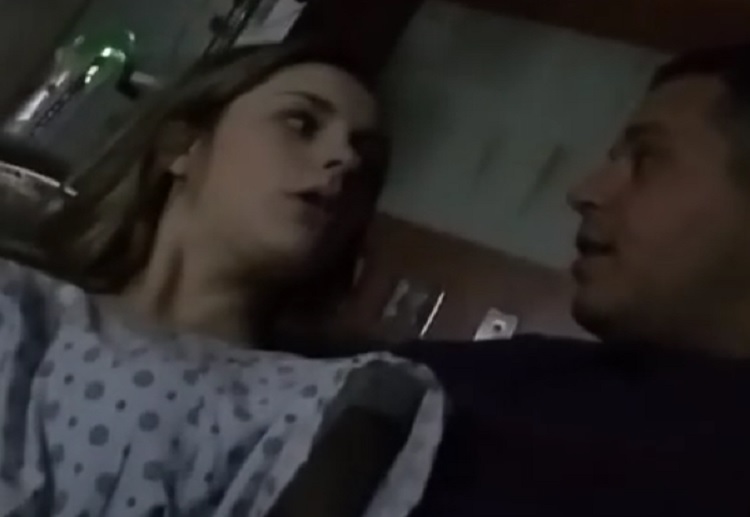 Hubby captures wife’s shocked reaction when she is told she has just given birth, she is still high on medication from the labour.

Still feeling the effects of the morphine, Tisha adamantly denies having a second child before asking her husband ‘whose baby’ is in the room.

She also asks him whether he is her brother and has to be told the baby did not come out of her belly button.

Mr Heffron said: ‘I was torn between trying not to laugh and making sure Tisha didn’t stand up. Nurses had told her not to leave bed and get as much sleep as possible.

‘Her first reaction was to go for a walk but I couldn’t let that happen. This went on for at least ten minutes before she fell asleep again.’

At one point he tells his drowsy wife: ‘You gave birth to Clay over there.’ She responds angrily: ‘No! I gave birth to Jackson,’ referring to their 15-month-old son.

Mr Heffron said once she woke up from her ‘drug induced hibernation’ she was ‘fully aware’.

‘Straight away she remembered Clay and the whole birth process,’ he added. ‘That was a relief.’

OMG! I am so glad I didn’t experience anything like this.  That is kind of scary!

Did you have a similar experience?