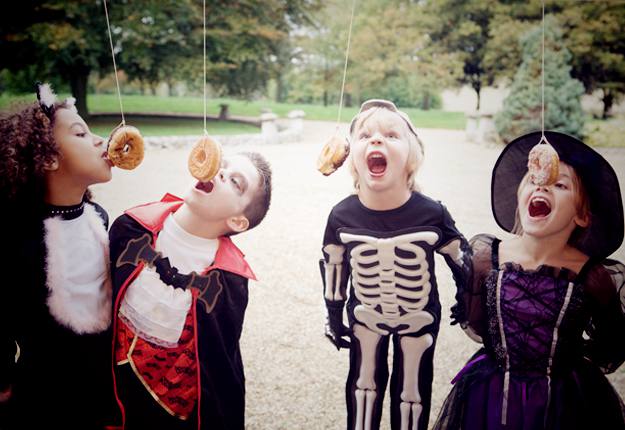 Healthy Bones Australia is calling on Aussie families to show their support and hold a Healthy Bones for Halloween Party during the month of October and fundraise for Osteoporosis education programs and research.

For this you’ll need 3 balloons per child. Fill 1/3 of your balloons with a pinch or two of glitter or confetti, and then blow them up. For the remaining balloons write activities on small pieces of paper (that can be folded and inserted into the balloon) such as ‘do a robot dance’, ‘name 5 scary things’ and ‘act like a monkey for 5 seconds’. Also insert in one of them ‘prize winner’, which they can swap for your choice of a special prize. Then tape all the balloons to a wall (you might want to blue stack some paper behind the wall to begin with), and have the children take turns to use a thumb-tack to pop a balloon.

Update a classic favourite, by simply sticking cardboard Gravestones to chairs. You can also play some fitting Halloween music such as Thriller by Michael Jackson, Superstition by Stevie Wonder,

I Put a Spell on You by Screamin’ Jay Hawkins and Monster by Kanye West.

Have a Halloween Treasure Hunt. Print out our icons and hide them around your house. Then print out our Finder’s Sheet for each child and have the children go around the house and check off each icon they find. The first one back is the winner!

Print out our skeleton and hide it around the house. This is a team effort – have all the kids bring back the pieces of a skeleton to a designated adult (or older child), who will then assemble it. Organ- ise a special treat for the team afterwards – especially if it’s a high calcium one.

Play a game of tag/chasey but with a twist. One person starts as “it” (or, as the Zombie), and every time they touch someone, that person becomes a Zombie and is also “it”. The game keeps going until the last person remains. Since the Zombies have to move like a Zombie and not run, this game is best played in a small or narrow space.

Divide the children into groups of 2. Each pair is given a roll of toilet paper. 1 person is given the toilet paper and has to roll their team-mate up like a mummy (their team mate must keep their ankles and knees together, with arms down at the sides).

This game is similar to ‘Rob the Nest’. Each child has a ‘Cauldron’ (occasionally $1 store sells cheap ones around Halloween, but you can also use upside down hats or plastic bowls) which is placed in front of them while they stand in a large circle. In the middle of the circle is a collection of ‘potions’ (these can be anything, they just to be small enough that a few can fit in the cauldron/hat. Because of the ‘robbing element’, leave 2 per child). On ‘Go!’ all the players run to the potions in the middle and take one, then run back and leave it in their nest. They then need to continue getting potions from the middle until there are none left – after that they must rob another player’s cauldron.

The first Witch (or Warlock!) to get three potions in their basket wins.

For a fun game of backyard cricket, tailor the rules slightly: all the runners and fielders must add a Halloween spin to their “run” by adopting some ghoulish movement. They can be a Zombie, Ghost, Vampire, Robot – or anything else they can come up with! 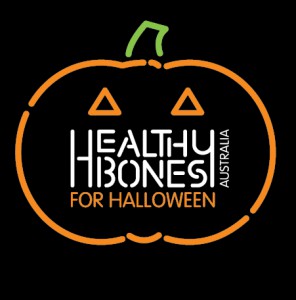