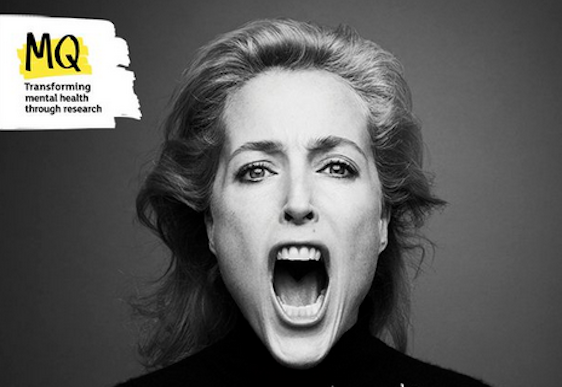 Gillian had her own experience with mental health as child, telling The guardian‘ “I was put in therapy at 14! And that started a different path for me, and all the energy I was putting into self-destruction and ‘poor me, and nobody understands me’, I started to funnel into what I was going to do with my life.”

I give a s*** about young people’s mental health. Join me & @MQmentalhealth in swearing to take it on. #WeSwear https://t.co/VqjCFjz8Va pic.twitter.com/X9Oir7fiSO

MQ’s mission is “to create a world where mental illness is understood, effectively treated, and ultimately prevented. With the help of our supporters and a global network of leading scientists we can make this a reality. Together we are championing and funding research into mental health that will change millions of lives.”

The first step is awareness.

Many other celebrities including Mel C from the Spice girls are supporting the campaign and you too can create and create  your photo of support too on the MQ website.