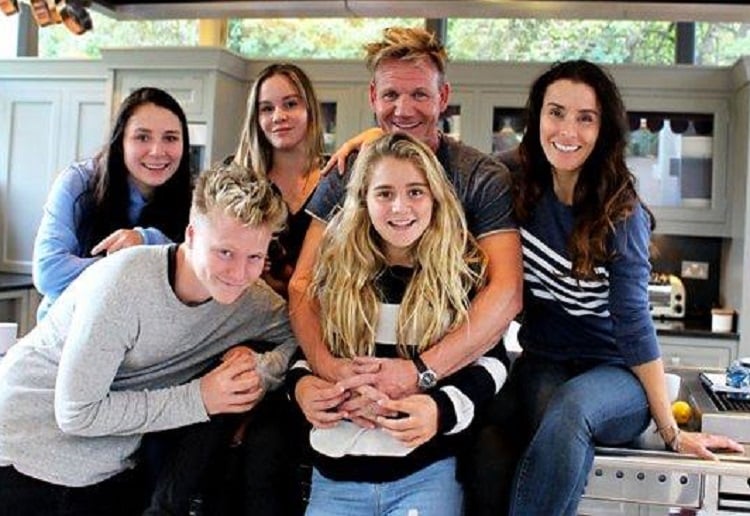 Soon to be a dad of five, Gordon revealed his wife Tana is expecting another child. The celebrity chef announced his happy news on The Late Late Show with James Corden.

In the interview James asked how he handled four teenagers, Gordon responded with: “We have three girls and a boy … and one more on the way.”

James jumped off his chair to congratulate Gordan, who admitted that he was a little nervous that they would have another girl:

“I’m a little bit nervous. The baby’s due in September. Obviously I’ll be happy with another girl but it’s four weddings, four sweet 16s and four boyfriends.”

Gordan and Tana are already parents to Megan, who is 18, 14-year-old Tilly and twins Jack and Holly, 16.

Watch the announcement below.

Gordon turns fifty later this year and Tana will turn 42.

WOW!  Massive news. What an age gap. I thought five years between my two was big.