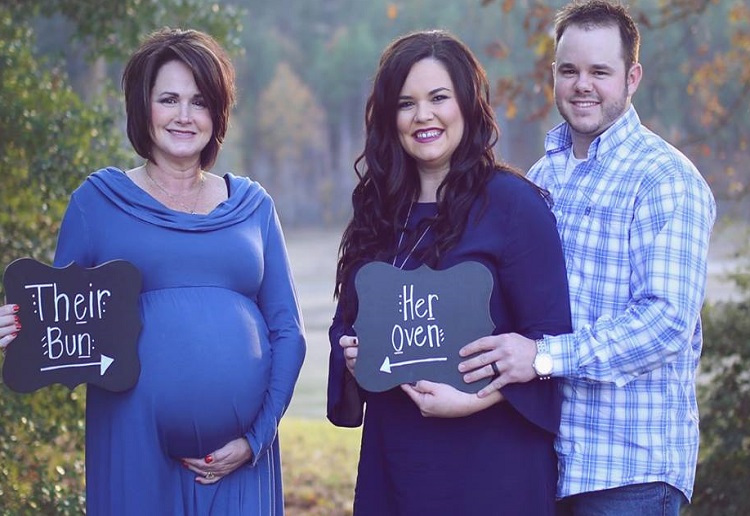 A 50-year-old grandmother has safely given birth to her son and daughter in-laws baby.

Kayla Jones was just 17 when a benign tumor in her uterus forced her to undergo a partial hysterectomy, preventing her form being able to have children, shares Yahoo news.

“When you’re 17, it doesn’t hit you as much that you can’t have children,” Mrs Jones, now 29, told InsideEdition.

“Then you fall in love and get married and say, ‘OK, I’m ready to start a family,’ and it all comes back around and hits you again,” the woman form Arkansas, US, said.

The couple explored surrogacy and adoption, but her mother-in-law Patty Resecker stepped in after a series of disappointments.

Despite being in menopause, Ms Resecker learned she could have hormone injections in her first trimester to keep her and the baby in good health.

Once she became pregnant through IVF, Mrs Jones, a nurse, injected her mother-in-law daily.

“It’s their baby; I was just the valet,” Ms Resecker joked in an interview with InsideEdition.com.

Baby Kross was born on December 30, and has reportedly been doing well ever since.

What a beautiful experience to share with your grandson.