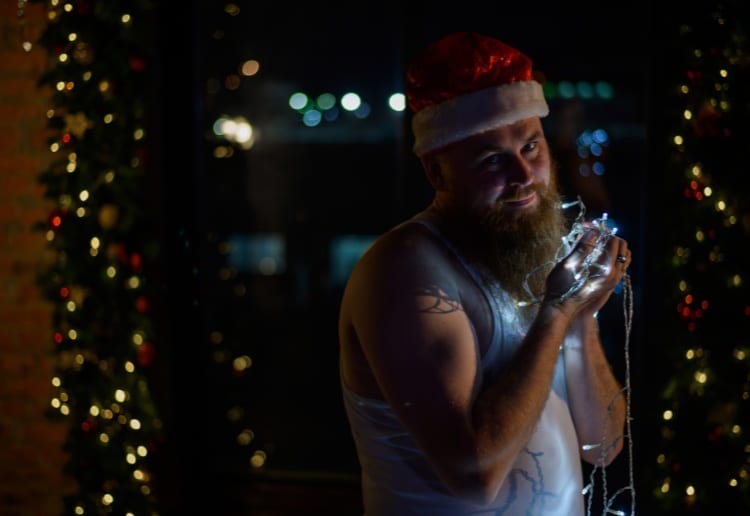 We need more Christmas spirit than ever this year! But one mum is getting the grinch treatment from her neighbours after they yelled at her to turn off her Christmas lights.

While dazzling Christmas light streets are dimmed this year due to COVID-restrictions, many families are bringing their own joy by going all out on their festive decor.

One NSW mum has shared on the Christmas Mums Australia facebook group that she was really excited to display Christmas lights for the very first time this year…only to be verbally attacked by a neighbour demanding that she turn them off.

The Grinch Next Door

“Anyone else have Grinchy neighbours they have to deal with?,” the mum asked.

She then continues to explain her story:

“It’s our first year of having lights outside….and only 2nd night of having them on. They’re on a timer to turn off at 10:30pm.”

“Anyways, I was laying in bed watching a movie and heard the neighbour yelling out from her balcony (right next to our bedroom) to tell us to turn the lights off….checked my phone and it was 10:06pm. Mind you, the rest of the street still have theirs on.”

“After I drop the kids off at school in the morning, guess who is going to buy more lights?”

The post has been liked over 560 times and the comments were flying.

Most people were disgusted by the neighbour’s demand for a Christmas lights curfew.

“Tell em to shut up seriously. If they want to screw over the whole street they can try and fail to get EVERYONES off
I don’t tolerate idiots or grinchs. No ruining my fun.”

Make Them Even Brighter

Many offered creative comebacks to the grumbling neighbour.

“Buy the kids a recorder for Christmas!”

“Maybe write grinch with lights on the front fence with an arrow towards their house in flashing lights, I’d add jingle bells on repeat for good measure.”

“Don’t even worry about Christmas lights. Just get a flood light and shine it straight onto her house.”

“Forget more lights- instead start playing Christmas songs as loud as you can.”

“Please absolutely light the street up and set the timers longer!”

Let’s Look At It From Both Sides Of The Street

There were a few who said that turning the lights off at 10pm was reasonable:

“I’m gonna be the odd one out and say I don’t think it’s unreasonable for her to ask you to turn them off at 10pm. I can’t sleep with light in my room, and as much as I love Christmas lights… I don’t want them keeping me or my kid awake,” said one.

“Also some people have medical issues. I get migraines from them, and some people are very sensitive to them. I love my lights, but I wouldn’t have them in a location where it shines into a bedroom. I have enough trouble sleeping,” said another.

The mum admitted that there was probably more to the story than just the Christmas lights.
“They have lights too, but we’ve always had issues with them from the day we moved in,” she said.

So what are the official rules around Christmas lights.

According to the ABC, “neighbours can complain to your local council if your lights are a nuisance.” This would include interrupting their sleep or affecting their privacy.

If a complaint is made, the local council will investigate the situation and the impact on neighbours.

To avoid being a nuisance, experts suggest:

Do you have Christmas lights at your place? What time do you switch them on or off? Tell us in the comments below.