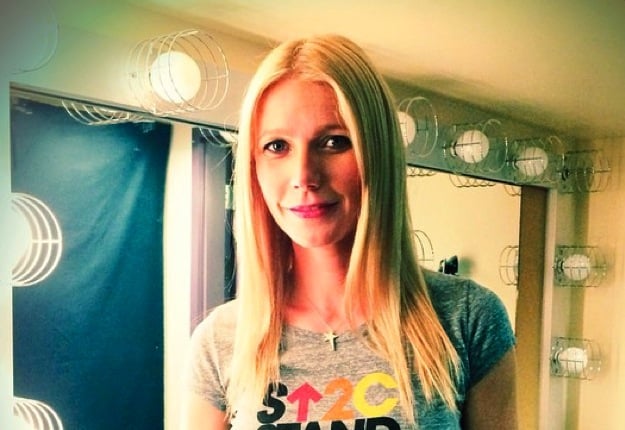 In a recent interview with Entertainment Tonight, Gwyneth Paltrow has revealed the challenges and positive thinking that has helped her successfully co-parent with her ex-husband, Chris Martin.

Though the Coldplay frontman and Actress Gwyneth separated in 2014, they have remained on good terms with one another in the many years since as they co-parent their two children, 11-year-old Apple and 9-year-old Moses.

“You have to constantly let go,” she revealed in the interview,”You have to let go of old ideas, old resentments. You have to put the kids first, which I think people have the idea of that, but then oftentimes, you struggle with it.”

“If you once loved the person enough to have kids with them, you have to focus on what you still love about them and what’s beautiful about them and all the good aspects of your relationship,” she said. “You still want a family, you’re just not in a couple. So, I acknowledge we’ve done it in an unorthodox way but it’s working for us.”

Gwyneth said that it helps that couple have great kids that “have good heads on their shoulders.”

“They’re really polite and they have a lot of empathy,” she explained. “I hope that it’ll just continue that way. They definitely have a unique life experience, so it’s our job to keep them as grounded as we can.”

Gwyneth has started a new venture into the makeup and skincare world, which she attributes the inspiration for came from her daughter.

“Apple is obsessed with makeup,” the Goop guru revealed. “She watches YouTube videos and tutorials, which is why I’ve gotten serious about trying to participate in non-toxic makeup and personal care. I was hoping to create a line of products that were as effective as they were safe. And luxurious as they were effective.”

Gwyneth herself claims she feels no pressure to look young, despite being a very public figure.

“I feel like I’ve earned my wrinkles, and I’m very proud of everything that I’ve gone through in life, both good and bad,” she added. “The mistakes I’ve made and learned from, the wonderful things that have happened, the successes, the not-so-wonderful things…”

“I don’t want to be 26. I would never want to go back there ever for a million years,” Paltrow concluded. “I think what we want to do is look our best as we age gracefully.”