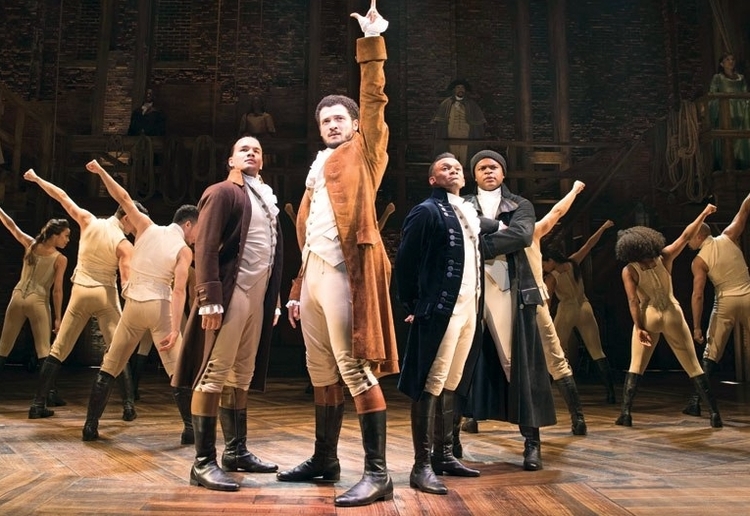 Sydney has won the rights to Lin-Manuel Miranda’s Broadway hit Hamilton The Musical and we couldn’t be more excited that it’s heading Downunder!

It has won a Pulitzer Prize, the Tony Award for Best Play and a Grammy Award for the Best Musical Album, and now Hamilton The Musical is heading to Sydney! After an intense battle with Melbourne, the harbourside city has won the rights to the stage production, which will hit the Lyric Theatre in March 2021.

My Name Is Alexander Hamilton

Australian producer of the show, Michael Cassal, says that bringing the musical to Sydney is incredibly exciting. “It’s a huge deal,” he told the ABC. “There is no bigger musical in the world right now than Hamilton, so for Sydney to be able to host the Asia-Pacific premiere at the Lyric Theatre is very exciting!”

The musical’s soundtrack has taken on a life of its own, soaring to the top of charts around the world. “What’s so unique about this production is that it blends rap, hip-hop, R&B, jazz, blues and Broadway,” Mr Cassal said. “For people who may not traditionally be fans of musical theatre, this is a great way to come and experience this incredible production and its incredible score.”

Inspired by the 2004 biography Alexander Hamilton by historian Ron Chernow, Hamilton The Musical is the brainchild of Lin-Manuel Miranda. If his name sounds familiar, you’ve likely also seen the other projects he has contributed to including Disney’s Moana and Mary Poppins returns. There are also rumours that he plans to write the first story featuring a Latina princess for the Disney universe – is there anything this man can’t do!?

Even though 2021 is still a while away, we are still so excited to finally getting to see this musical live! And if you haven’t heard of Hamilton The Musical, now is your chance…

Are you excited about the arrival of Hamilton The Musical in Australia? Let us know in the comments!

Want to know about exciting events coming up in your city? For exclusive stories, reviews, competitions, special offers & more, make sure you join our Secret MoM Business facebook group here. Don’t Miss Out!