Article “Having Twins Made Me a More Relaxed Parent” 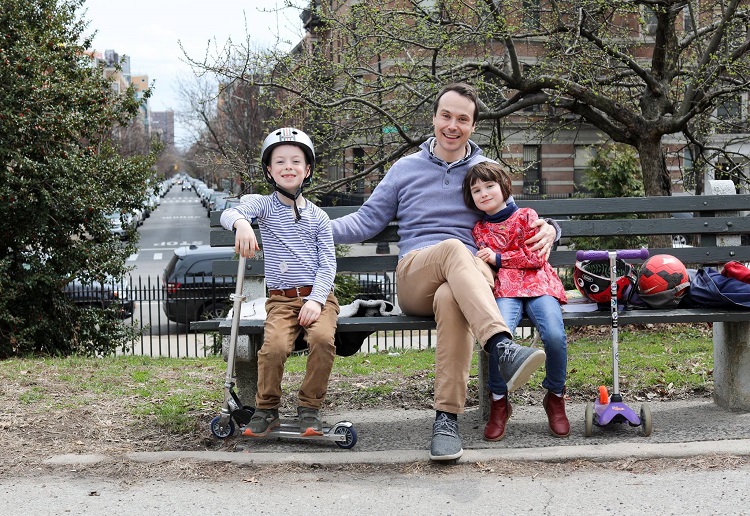 Dad tells Humans of New York how having twins made him a much more relaxed parent. “It makes you less concerned about benchmarks.”

The father of two told HONY “Having twins made me a more relaxed parent. When you watch two kids grow up at the same time, it makes you less concerned about benchmarks.

Each of them had different talents and struggles. He could do all the physical stuff first. We had to put a net on the crib because he was always climbing out. He could swim first. He learned to ride a bike several years earlier than her.

But she was potty trained first. She was reading by the age of three. And she was much better at drawing pictures– her fire trucks always had four wheels, and his were just red scribbles.

If I’d only had one child, I’d probably have been obsessing over these talents and struggles. I think every parent needs to feel like their child is special. But twins made me realize that all children grow differently. And it’s absurd to rank and classify them at such a young age.”

Parents have chimed in with their thoughts on either raising twins or being a twin:

“My dad always said he was so happy that me and my twin brother each had a “built in friend”. I started walking at 9 months and he didn’t walk til 14 months. My parents never compared us though, because we each had opposite things we were good at. Except we were both good at sports…”

“As the mother of two sets of twins (college age — a boy and girl in each set) I would add that my lack of time and energy to dwell on my children’s abilities seems to have helped their development immensely.”

“I’m a twin and all people did was compare us (you’re smarter, she’s prettier etc). Glad to see someone who sees them as the individuals they are.”

“SO true!! My twins have been so different from birth & now at almost 4 are still so different! It just shows how much comes down to genetics and the individual child rather than parenting!!”

“Yes! My twins are 7 months old and we realized this very early on! He is very strong in his motor skills but she is far more curious and notices things far more quickly than he does!”