Article He should have been celebrating the birth of his son 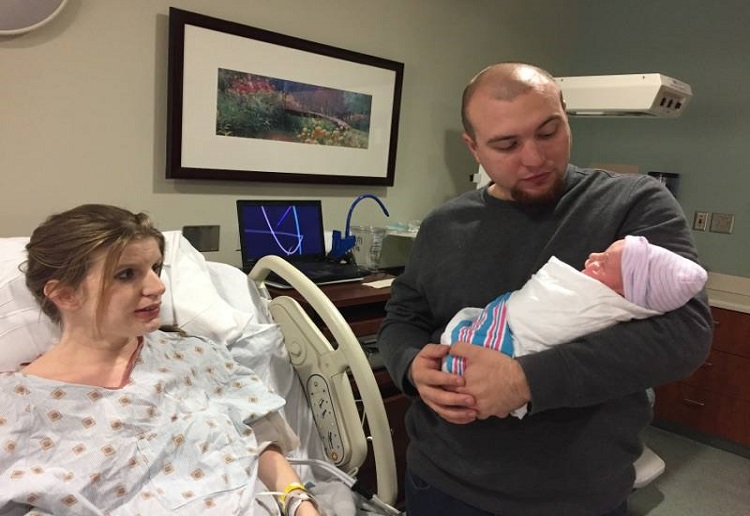 Instead of celebrating the birth of his baby boy Jean Luc Montou had to share a heartbreaking message with family and friends explaining that the love of his life Sarah Bertrand had died.

The tragic Facebook post quickly went viral and was shared more than 25,000 times. Montou said the 29-year-old passed away in front of him as he held their newborn son.

Julian Charles Montou was born on May 9th, but Sarah, his mum, died just over 24 hours later.

‘The doctors tell me that she had a pulmonary embolism from a blood clot that must have formed during labour. It just happened. She was fine all day and all night before,’ he wrote.

‘My last 24 hours with her was the happiest I’d ever been. I’m not sure why, but I’ve never been allowed to be past a certain point of happiness. I loved this woman like no other and she died in front of me while I held our son.

‘Sarah was the absolute love of my life… She treated me better than I’ve ever been treated in my life by any other woman. She was an angel and the mother of my only son.’

‘While she will be missed so much, I want to honour her memory by raising Julian to be the best man I can make him, but it will be so hard with her sudden loss.’

Our deepest condolences to Sarah’s family and friends. So heartbreaking.