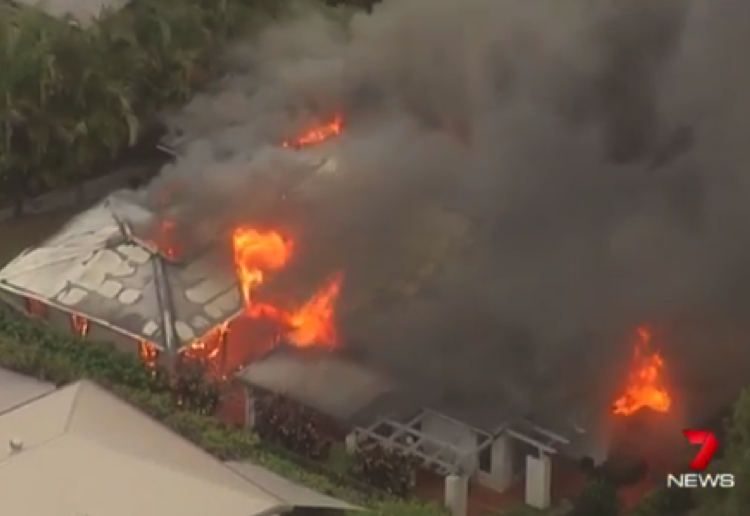 While his mum prepared dinner for the family, four-year-old William took a lighter to his bedroom and flames quickly started.  Soon the family’s whole home was alight.

One witness speaking with Channel 7 News said, “By the time I got there, the house was just an inferno.”  Another witness told of how he came and “the whole side of the house was burning out of control.”

The family escaped the flames engulfing their North Lakes home in Brisbane, but realised that little William was missing.  Without any concern for his own safety, William’s dad, Wayne Cleary, dashed back into the house to desperately search for his son.

“I saw him in the smoke with his smile.”  Wayne told Channel 7, “I got him out of there just in time.”

William and his brother were taken to Redcliffe hospital and treated for smoke inhalation.  His dad Wayne has blisters from where the intense heat and flames burnt his skin.

“We have lost everything.” Wayne said, “we have only come out with the clothes we have on now.”