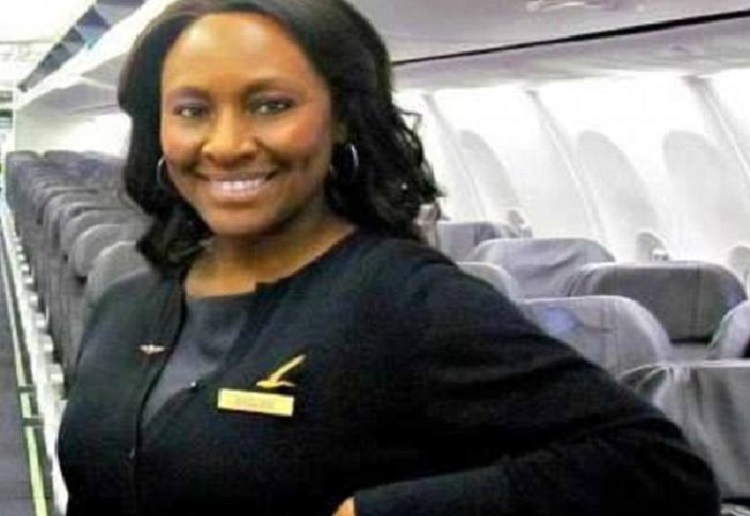 HERO flight attendant saved a girl from a sex trafficker, she shares how she instinctively felt something was wrong.

Shelia Fedrick said the moment she saw the girl with greasy blonde hair sitting in the window seat of aisle 10 on a flight from Seattle to San Francisco something felt wrong.

The girl “looked like she had been through pure hell,” said Fedrick, 49, a flight attendant working for Alaska Airlines.

She guessed that the girl was about 14 or 15 years old, travelling with a notably well-dressed older man. The stark contrast between the two set off alarm bells in her head.

The hostess tried to engage them in conversation, but the man became defensive, she said.

She convinced the girl to go to the bathroom, where the flight attendant had left her a note stuck to the mirror.

“I left a note in one of the bathrooms,” Fedrick told NBC news. “She wrote back on the note and said ‘I need help.'”

Fedrick says she called the pilot and told him about the passengers, and when the plane landed, police were waiting in the terminal.

It was then revealed the girl was the victim of human trafficking and Fedrick had just saved her life.

“I’ve been a flight attendant for ten years and it’s like I am going all the way back to when I was in training. And I was like, I could have seen these young girls and young boys and didn’t even know,” Fedrick told Florida broadcaster WTSP.

“If you see something, say something.”

What a very lucky young lady. Well done to this intuitive lady.