Article Hilarious! THIS dad is a real live Elf On The Shelf! 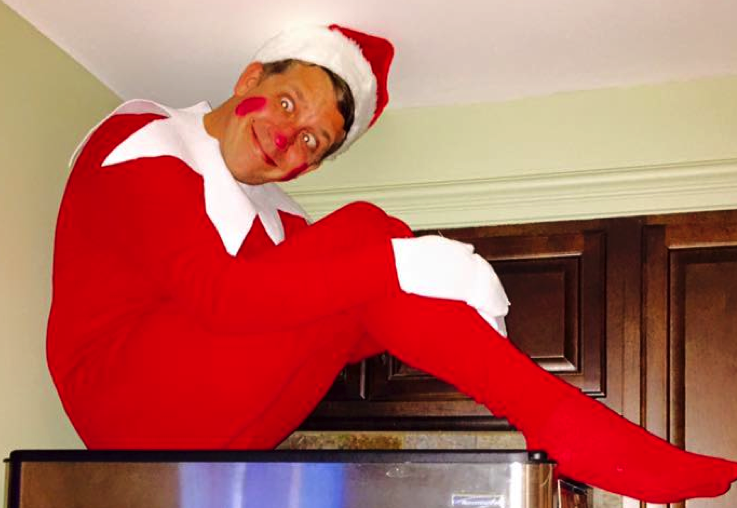 Not content with a miniature ‘Elf on the Shelf’, one clever Dad decided to make himself into a real-life version – with hilarious results!

Sharing their Fle photo shoots on Facebook, Joe and Megan are gaining a loyal following as viewers log on to see what Fle has been up to during the night.

With four kids, Joe told Buzzfeed Canada that finding time for the nightly shoot has been extremely tricky, but people waiting to see what Fle will do next, they feel a certain obligation.

“Now people are looking forward to it every night at around 8 or 9 o’clock to see what Fle is going to get into next,” he said. “I don’t think we were planning to all 24 days at first, but now we’re kind of forced to.”

Check out some of these hilarious situations that Fle has found himself in – we wonder what he will get up to next! 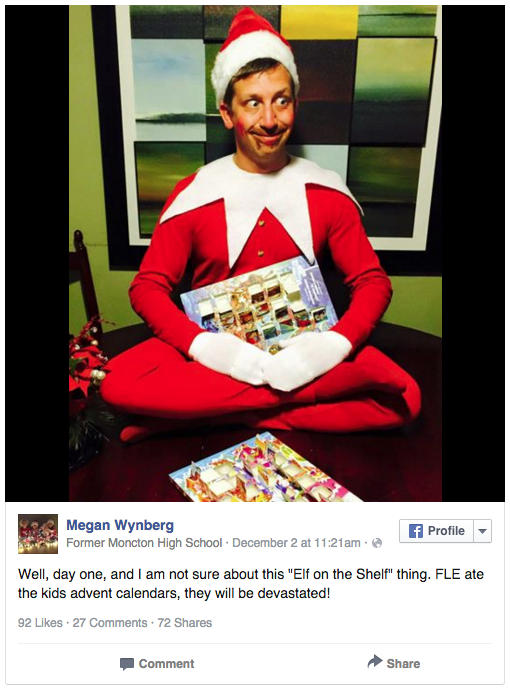 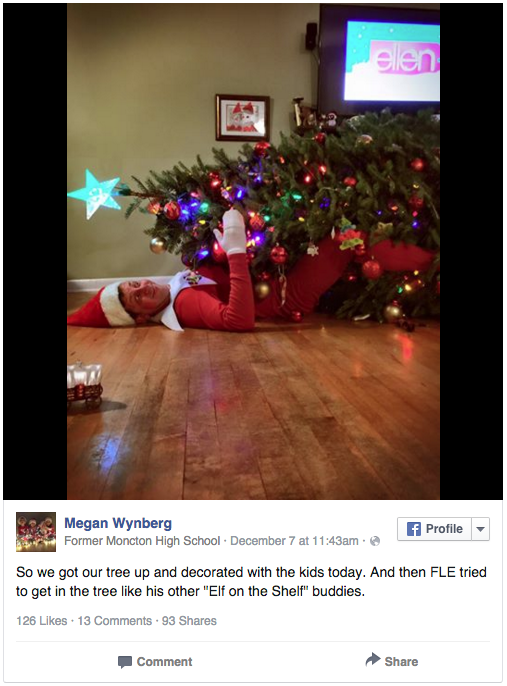 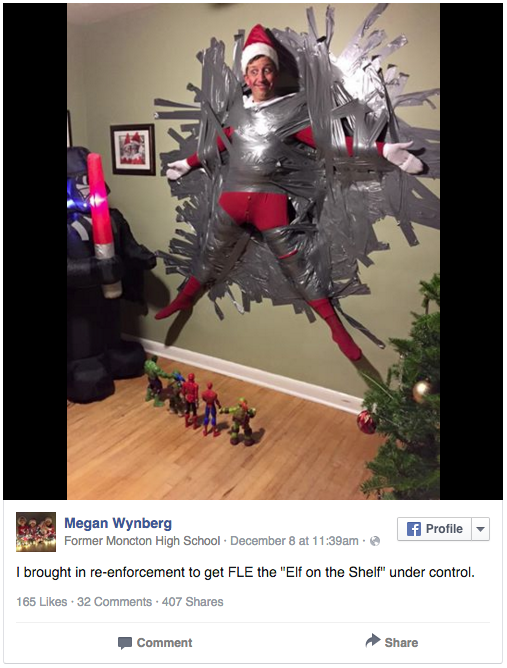 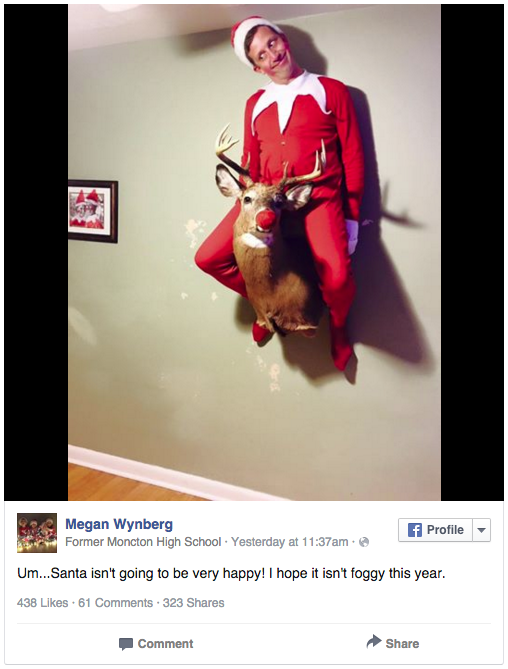