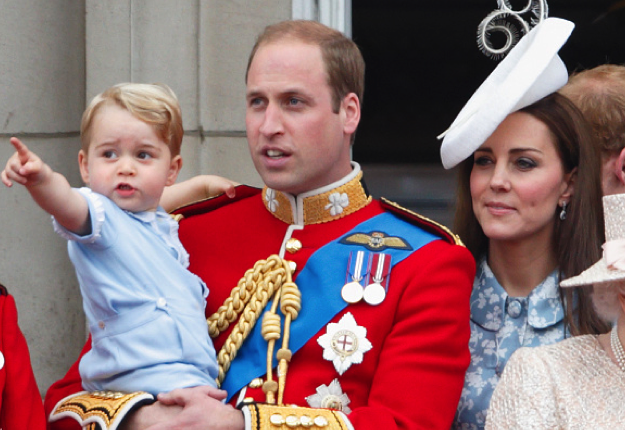 The British Royal family celebrated the Queen’s birthday over the weekend, with the Duchess of Cambridge making her first public appearance since the birth of Princess Charlotte on May 2.

But all eyes were on the gorgeous Prince George, as he waved to the crowd from the balcony of Buckingham Palace – and all you need to do is look at the pictures below to understand why he’s been nicknamed “His Royal Cuteness”.

The Trooping of the Colour marks the Queen’s birthday each year, but it was Prince George’s first appearance at the event.

The adorable toddler, who is due to turn 2 next month, was later seen at a window with his nanny, laughing and bouncing with excitement.

It’s been a busy few days for the Cambridges, who also attended a charity polo match, which both Prince William and Prince Harry played in.

Donning a pair of Crocs, Prince George was seen having the time of his life as he played on the grass with his mother.

We can’t wait to see more of Prince George as he grows up.