Article Are these Hollywood’s friendliest exes? 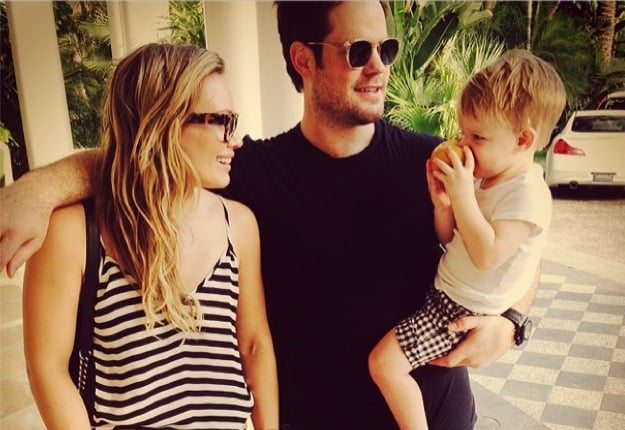 Hilary Duff and husband Mike Comrie ended their three-year marriage in January. They’ve managed to keep things sweet, but it’s not just maintaining a happy front for the sake of their 2-year-old son, Luca.

“You know, we love each other so much and we really love spending time together,” the actress said on May 1.

“So when you see us out it’s not just for Luca — it’s because we make plans and we hang out.”

When cracks started to appear, “I think we got to a point where we were like, ‘We really need to honour happiness, and so, whatever that is and however we need to sort that out or work that out, we’re doing that,” she said.

And indeed they do. The pair were spotted at at the Coachella Music Festival and before that, having a holiday with Luca for Valentine’s Day (pictured).

“We’re constantly seen together and everyone’s like, ‘What are they doing? Are they back together or are they not?'” said Hilary.

“We’re really good friends and we have so much respect for each other, and, obviously, Luca is our No. 1 priority. We don’t know what our future looks like right now, but we’re both doing really good and just figuring out, you know, what makes us happy.”

Have you got an ex you can keep things sweet with? Or are things just barely civil for the sake of your kids? Or not even that? We’d love to hear your stories.