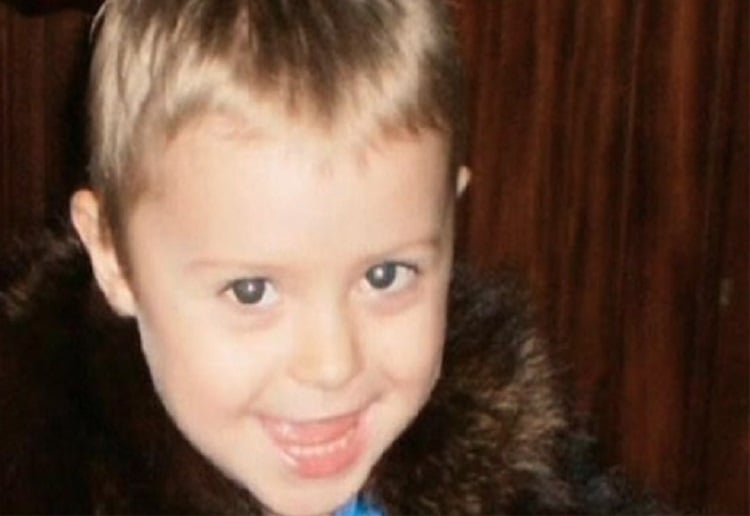 Toddler died from internal bleeding after vomiting ‘green slime’ and telling his uncle that his stepdad had punched him in the stomach.

Previously we shared how little Tyrell Cobb, 4, was found unconscious at his Gold Coast home on May 24, 2009 and was later pronounced dead in hospital, reports 7 news.

He had suffered 70 injuries, including a trauma to his abdomen which caused an “extensive” rupture to his intestine and internal bleeding.

Pathologist Dr Beng Beng Ong said the bruises and abrasions on his body were of “varying ages”.

His mother Heidi Strbak, 33, and her ex-partner Matthew Scown, 33, are facing a committal hearing at Brisbane Magistrates Court charged with murder.

Tyrell died from internal bleeding and peritonitis – inflammation caused by an infection of the ruptured organ.

His uncle, Danial Allan, said he was “just not well” and “covered in bruises” on his head and arms the day before he died.

The following day he was “sluggish” and “throwing up green slime”, he added.

Tyrell told his uncle on the day he died that “Matthew had punched him in the stomach” and showed Mr Allan a bruise above his genitals.

When he asked Strbak about Tyrell’s injuries she said they “happened at kindy”.

Mr Allan claimed Strbak, his stepsister, was “stoned as a parrot all the time” and should be jailed for not noticing her son’s injuries.

He added: “Someone should be locked up for it, if not one then both of them.

“Kids just don’t die and throw up green s*** every day of the week do they?”

Detective Sergeant Marcus Edwards said Strbak had been reluctant to talk to officers and did not appear to want the investigation reopened.

Matthew Scown pleaded guilty to the 2009 manslaughter of Tyrell Cobb at the Brisbane Supreme Court on Wednesday.

He has been sentenced to 4 years imprisonment for Tyrell’s manslaughter – but will walk free today having already served 987 days, reports 7 news.

He will walk from the Brisbane Supreme Court after his sentence was suspended on Wednesday, with crown prosecutor Phil McCarthy saying he had offered “considerable co-operation.”

The court heard Scown did not cause the injuries that led to Tyrell’s death and he was instead sentenced because he had failed in his duty of care to the boy by not seeking medical treatment as early as possible, reports 9 news.

Justice Burns said he acknowledged that Scown had asked Strbak (the boys mum) to seek medical attention for Tyrell the day he died, reports ABC news.

“Clearly you were very worried about the little boy,” he said.

“You ought to have acted yourself, regardless of her wishes.”

The boys mother was described as a “shithouse mother” by her stepbrother.

Heidi Strbak pleaded guilty in the Brisbane Supreme Court on Wednesday to unlawfully killing Tyrell Cobb, who had more than 70 injuries when he was found.

She was released on bail and will return to court on Tuesday for a three-day contested sentencing hearing.

A Queensland judge has found Heidi Strbak caused the blunt force trauma that led to the death of her four-year-old son, Tyrell Cobb in 2009.

Ms Strbak will be sentenced in the Brisbane Supreme Court next Monday for manslaughter.

Her ex-partner Matthew Scown was sentenced in October to four years’ jail after pleading guilty to manslaughter on the grounds he failed to seek medical help for the boy.

Heidi Strbak was jailed for nine years for hitting her son Tyrell Cobb in the stomach so hard he died.

The woman still maintains she is innocent.

“I have not caused the injuries that I am being blamed for and I believe that it is a mistake, an injustice,” she said.

Justice Peter Applegarth found Strbak likely punched Tyrell in the stomach in frustration then chose not to seek medical help to avoid a child protection investigation into his “constellation of injuries”.

After the boy vomited bile multiple times throughout the weekend, Strbak then struck him again, causing his eventual death on May 24.

“The last hours of his life must have been miserable and painful,” Justice Applegarth found.
Strbak silently sobbed as she was sentenced to nine years’ jail.

The 34-year-old will be eligible for parole in October 2021.