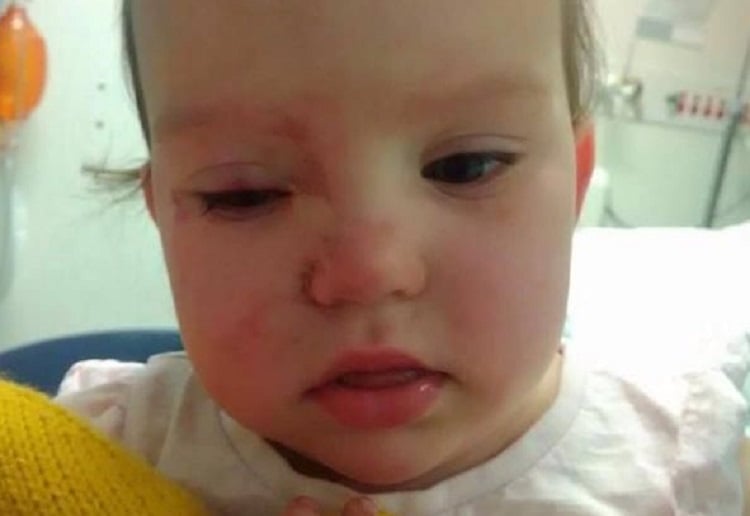 A trip to Kmart ended in disaster when mum was left fearing her daughter might have lost her eyesight.

Mum, Hayley Skye Smith, had been shopping at her local Toormina Kmart store for a winter jacket for her 20-month-old daughter, Amaia, when the terrifying incident occurred.

Little Amaia was looking at colourful headbands and jewellery right next to the rack of jackets where mum Hayley was standing, when the toddler leaned forward to grab something a metal prong on the end of the rack went right into her eye. 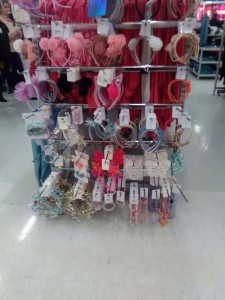 “I heard her crying and didn’t know exactly what had happened until Tohri told me. I thought maybe she accidentally walked into the trolley but I was very wrong,” Hayley tells Yahoo 7 Be, refering to her sister Tohri who was right by Amaia when it happened.

“I picked her up to comfort her, saying I’m going to carry her from now on. Then she looked at me with her eye full of blood.

“Immediately I panicked and ran over to the young bag check boy a few short metres away. He then panicked and didn’t know what to do as he saw my daughter’s eye and nose begin pouring out blood.” 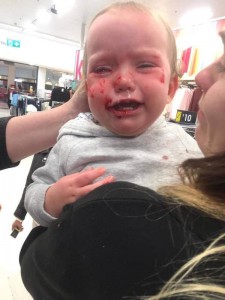 Then in a brief moment, Amaia stopped crying. When her mum checked to see why she saw Amaia had gone floppy and was unresponsive.

“My heart sunk to my stomach. My stomach was in my feet and my head was in the clouds. So many things were running through my head. I thought maybe the prong could have gone as far as her brain and I was a mess,” Hayley says.

Thankfully it wasn’t long before Amaia regained consciousness and the staff – who, Hayley says were ‘all lovely’ – assisted them to the back room as they waited for an ambulance.

“We looked at my daughter’s eye and there was just a big blood clot over it and I screamed ‘oh my god. I don’t want her to be blind,’ I was so scared, my legs were getting weak and I was breaking a sweat from all the shock,” Hayley says.

Things could have been very different

Fortunately the metal prong had gone under her eyelid. But things could have been very different.

Hayley is now wanting to raise awareness about the potential dangers of similar shopping racks.

“It terrifies me how dangerous these things are and that things could have gone so much worse because even I’ve walked close to one of these racks before and scratched my arm. I want my story out there so other people can be aware and not go through what I had to.”