Article How This Mum Overcame Her Son’s Food Allergy 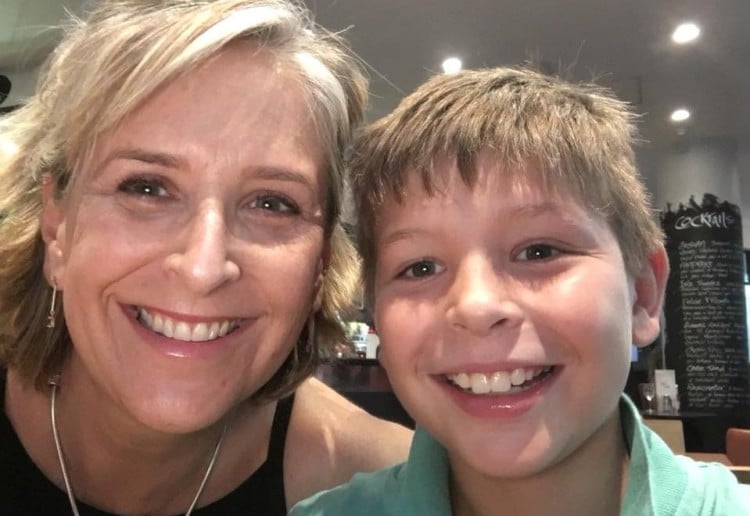 My journey of allergy aware cooking started way back in 2008 when my son was about six months old and having issues with solid food. Anything we gave him to eat, he threw up – picture projectile vomit all day, every day!

We saw several medical professionals and they told me that I was overreacting and being a worried mum, but by mid-2009 my little one and a half year old had dark circles under his eyes and you could count his ribs and vertebrae.

As a mum of three and an early childhood educator, I knew that I wasn’t just being a ‘worried mum’. So, I sought help at the RPA Allergy Clinic in Camperdown. They were incredible and made me feel understood immediately.

‘If he is going to eat it, you have to have made it’

It’s there that Riley was diagnosed with failure to thrive, EoE and gastritis as well as food allergies and intolerances. It was a minefield to navigate so we were prescribed an elemental formula as the basis of his nutritional intake. They told us he needed to avoid all artificial colours, flavours and preservatives. The exact words were ‘if he is going to eat it, you have to have made it’.

I felt like I’d regained some of the control around helping Riley get better. So, we totally shifted how our family ate. Of course, we hadn’t been consciously eating additives and preservatives previously but the more I read the labels of some of the products we’d been buying and the more I learned, the more I realised how little control we’d had over what we were eating.

Good Side Effect Of Allergy-Friendly Food

I started cooking everything from scratch, and while I was baking allergy-friendly food for my son, my two older girls also ate the same foods. I noticed the benefits in them too. They were calmer, had better attention spans and were generally being nicer kids!

My biggest struggle with allergy friendly cooking was time and money, because there are no shortcuts – anything packaged is full of additives. For instance, I could make dairy-free custard using rice milk, but when made with custard powder it has additives and no nutritional value. The time required was enormous, not only in actually making the food but in finding easy substitutes that ensured the recipes still had great flavour and texture while being allergy-friendly. This was so hard because I had a part-time job and three children.

The Turning Point for Me

You’ll laugh, but a turning point for me was when I bought my Thermomix. It was my mum who first suggested it because she had heard about it through a friend. I wasn’t keen on the idea but I reluctantly attended a Cooking Experience – this was back in 2013 – and the first thing they made was strawberry sorbet with no additives. Not only was it allergy-friendly, but it only cost two dollars. I had bought dairy free, preservative free sorbet for my son earlier that day which cost a fortune. Making it myself, I could control the sugar content too.

The consultant then whipped up a pizza dough that also cost two dollars and only took two minutes to prepare. This is when the cost benefit began to really set in for me – we had family pizza night every couple of weeks which cost us $65 from the one local place that made bases with no additives and making my own was so time intensive. Making it in the Thermomix would save us a fortune in time and money.

That was the other thing which totally convinced me to make the investment – it was the time-saving which I think that often, we don’t put enough value on. The idea I could make delicious, additive and preservative-free food for our family affordably while also saving myself hours was too good! I was suddenly able to create allergy-friendly and nutrient-dense food in no time at all, and that the kids loved. I remember when I first made a cake for my son’s birthday – it was so quick and easy to whip up and he was so excited that he could actually eat it!

An added bonus for the whole family was that while cooking to meet my son’s nutritional needs, I  also discovered new dishes I wouldn’t have tried to make previously. We could eat butter chicken, chilli con carne, hidden veggie pasta sauce and bechamel sauce all from scratch. I was roasting and grinding spices for Mexican and Indian meals that tasted so much better than the takeaway versions.

Preparing meals from scratch is the secret sauce when you’re allergy aware. Allergies and intolerances require time and effort to pinpoint the culprit or culprits, and cooking from scratch allows you to be in total control of the ingredients so you can regulate your elimination diet or food cycle properly.

I was fortunate to work out early that gluten wasn’t a problem for Riley, so we could have fresh bread and scrolls. However, dairy, soy, certain proteins and fruit and vegetables were foods that we needed to avoid for a long time.

Artificial colours were a particular problem as the preservatives built up in his system and made him sick after a few days.

Luckily, there are so many great resources and websites that have recipes for homemade alternatives which can be made so quickly and inexpensively.

My advice to other mums is to do your research and don’t be afraid to make changes which will help you and your family. Also, don’t be afraid to seek help from medical professionals – I can’t speak highly enough about the team at the RPA for their understanding, experience and advice.

They taught me so much about allergy-sensitive cooking and showed me how to work through an elimination protocol which allowed Riley’s body to have a rest from foods that created issues. The dietitians also gave me the confidence to make healthier alternatives at home. For instance, they told me that slushies contain antifreeze, artificial colour and flavour, and suggested the cleanest lemonade for me to purchase. This blended with ice in my Thermomix became a ‘slushie’ for my family.

You are not alone!

Whoever is reading this and experiencing something similar, know that you are not alone. I discovered early that there are other mums like me out there, struggling to feed their kids allergy-friendly food, or simply wanting to avoid nasty additives to support their children’s learning and behaviour. There is so much support out there which you can tap into.

I found websites and cookbooks with allergy-friendly food and over the years, I’ve adapted recipes to suit my son’s needs and shared these with other mums. Food has become something that nourishes us and helps us thrive, instead of something that was causing us such difficulties and pain.

Kerri-Ann shared this story for Food Allergy Week - an Allergy & Anaphylaxis Australia initiative which was launched in May in 2003.

What are your best tips to cope with a child with an allergy? Tell us in the comments below. 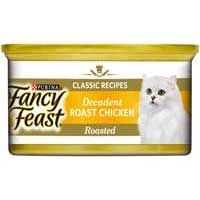 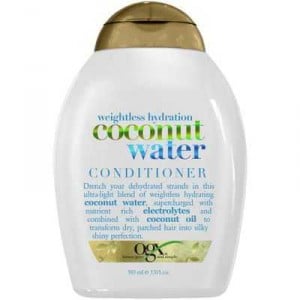