Article How To Get A FREE Simpsons D’ohnut 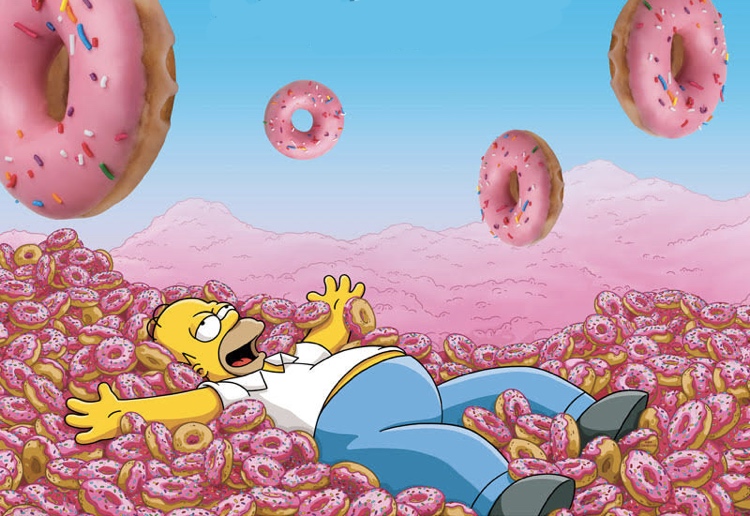 Dough-nut panic, but your animated fueled dreams are about to come true. Two iconic brands, The Simpsons and Krispy Kreme, have brought together the best of both worlds to launch Australia’s first official Simpsons D’ohnut.

To celebrate the arrival of the pink frosted treat, Krispy Kreme is giving members of the extended Simpson’s family a chance to try the D’ohnut for free. On Thursday 29 March, anyone with the last name “Simpson” can redeem a complimentary D’ohnut simply by showing photo ID at their nearest Krispy Kreme store*.

If you doughnut make the giveaway this time around, you’ll be able to get The Simpsons D’ohnut from 7-Eleven & Krispy Kreme stores until 20 April.

The Simpsons D’ohnut puts a decadent twist on the iconic cartoon treat, bringing together a holey trinity of ingredients. Starting with the classic Krispy Kreme Original Glazed™, the doughnut is dipped in strawberry-flavoured white chocolate truffle to achieve the unmistakable pink hue. And of course, no Simpsons D’ohnut would be complet e without coloured sprinkles.

Russell Schulman, Head of Marketing for Krispy Kreme Australia says, “We’re incredibly excited about releasing Australia’s first official Simpsons D’ohnut. Pairing Homer Simpson, the world’s favourite doughnut devourer, with the world’s most iconic doughnut company is a match made in doughnut heaven. Oh, and it tastes just as good as you’ve imagined for all those years!”

Aussies can get their hands on the official Simpsons D’ohnut by visiting a Krispy Kreme or 7-Eleven stores in New South Wales, Victoria, Queensland and Western Australia.