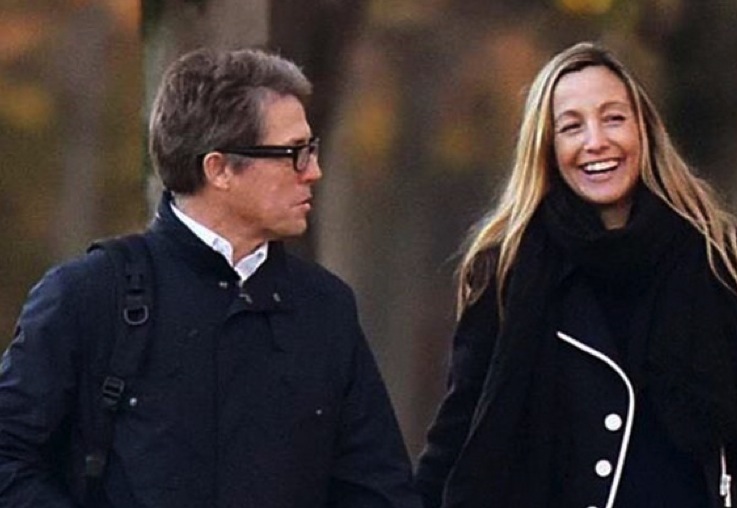 According to The Daily Mail, Hugh Grant has become a father for the fourth time after his Swedish girlfriend, Anna Eberstein gave birth to a baby girl.  The baby was born on Wednesday, but it is uncertain if the birth occurred in Sweden or Britain.

Anna’s mother, Susanne who is a judge and prominent left-wing politician confirmed the birth to Swedish newspaper .

“I can confirm that I have another grandchild,” she said, “It is wonderful that we now have grandchildren [more than one child].”

“We are a wonderful family and we all love each other very much.  As a family we are very loving towards everyone both those who have been in the family for a long time and those who newly have become part of this family.”

Whilst the name of the new baby girl is not yet known, the fact that 55-year-old actor, Hugh has gone from having no children to being a father of four in just four short years, has not escaped the attention of media worldwide.

Hugh has two other children, a daughter Tabitha, four and Felix ,two with receptionist and actress Tinglan Hong, who was working at a Chinese restaurant in Wimbledon when they met.

Anna is mother to Hugh’s other son John and his new baby daughter.

Felix was born three months after Grant’s other son John, meaning both the two women were pregnant at the same time.  Tabitha is almost exactly a year older than John.

Hugh’s spokesman said at the time of Tabitha’s birth that, “He and the mother had had a fleeting affair and while this was not planned, Hugh could not be happier or more supportive.  He and the mother have discussed everything and are on friendly terms.”