Article I am an Autism mum. Here’s what goes on in my mind. 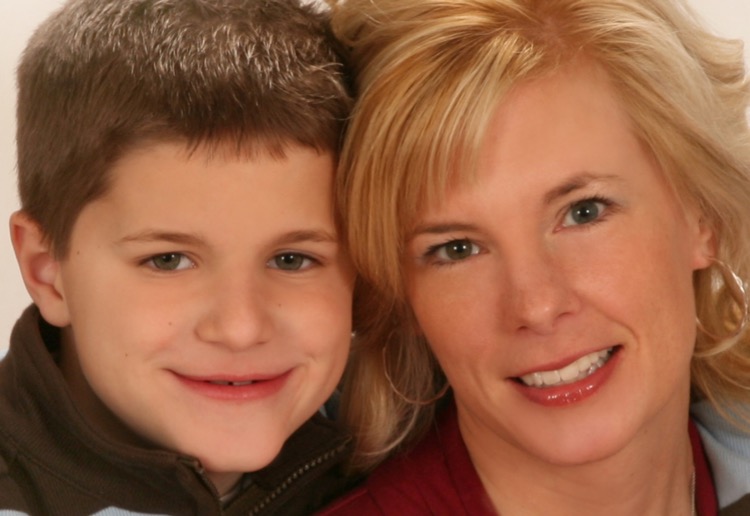 I did not expect to read this article and end in tears (and cheering) as I do not have a child with autism.

And yet I did.

I have never even known anyone with a child with autism. And yet this open, honest and raw account of just one day in the life of a mum with a child with autism had me wanting to know more.  Actually wanting to know the woman who had accounted her day so clearly. So I reached out to Carrie Cariello – one mum in AUS to a mom in the US – and told her I had fallen in love with her story. And of course, her son.

I told her that I thought her story would inspire mums everywhere who deal with the hand that is autism every day. I wanted to share what she had written. She happily agreed and so here we are.

Importantly, beneath the story of a day with Jack and Autism is the story every mum faces at some point (whether they have a child with autism or not); the day they really want to do something for themselves but wrestle constantly with themselves on whether or not the needs of the children win out over her own.

I related to this on every level.

Can I tell you something? I’m tired of autism.

I’m tired of wanting answers no one will ever be able to give me.

I’m tired of hearing people tell me how good my son Jack looks and how well he seems and then for some weird reason I feel the need to correct them and say things like he really isn’t doing that good and he barely sleeps and I cannot even handle the stimmimg for one more second!

I’m tired of hearing people tell me how rigid he can be and how he seems out of sorts and then for some weird reason I feel the need to correct them and say things like he isn’t always rigid just the other day he suggested we go to a different movie theater which is a really big deal for him!

I’m tired of my own constant contradictions.

I’m tired of second-guessing him.

I’m tired of second-guessing myself.

I’m tired of never knowing what to do.

Like this week, when he was invited to a birthday party for a boy named Ben.

I didn’t know what to do because Joe and I were going out of town for the night, and even though we go out together all the time—more than most married people get to go out—we hardly ever get to go away for the night alone and I really wanted to sleep in a hotel and order room service and watch cable television.

(Joe canceled cable last month. He said the kids were watching too much TV. Turns out I miss it more than they do.)

So, I told Jack he couldn’t go to Ben’s because it was a long party with laser tag and swimming and fireworks and cake and I wouldn’t be home to pick him up if he needed me.

I reminded him that we had what’s called a precedence for this sort of thing and it was the one single drop-off birthday party he has gone to in his entire twelve years on this earth and how after an hour he was asking when I was going to pick him up because, in his own words, he didn’t want to talk to people anymore.

He screamed at me that precedence was the stupidest word ever and his older brother Joey was going to a birthday party the same day even though I wasn’t going to be home and I said well, that’s Joey, that’s different and he screamed back I am like Joey too!

And I called Ben’s mom and she was so sweet and soft-spoken and has a background in special education and promised me she would love to have Jack and she could manage him with no problem, but I still said no.

And I felt like a selfish toad of a mother, because I wanted to go away to a nice hotel and maybe lie by the pool and read magazines and deny my son with autism the chance to go to a birthday party.

He hardly ever gets invited to parties. And by hardly ever, I mean this was his second invitation. Ever.

This is how my autism mother’s brain works, all day, all the time. I want so much to believe in the best, but I have come to expect the worst. Constantly, I taste the bittersweet flavor of hope and guilt, remorse and false bravado.

I am tired of false bravado.

So I told him no. I was very terribly sorry but no, he definitely could not go to Ben’s party. Some other time, maybe. Or we could have Ben over this summer wouldn’t that be fun we could even play laser tag and make cheeseburgers on the grill and get his favorite pickles la la la.

He started whirling and screeching all around me.

I sat down at my desk and I listened to him scream that all he wants is to be like everybody else and it wasn’t fair and pickles are dumb and if I don’t drive him he will walk there all by himself, and I thought to myself, nothing should be this hard.

I’m tired of everything being hard.

The truth is, it’s always going to be this hard. Forever and ever and always. But when it’s hard, I have to listen. I have to listen and talk and write and think and scrutinize.

And then it’s like I have to take an invisible dustpan out and clear away all the debris, all the detritus and garbage and falseness, and I have to concentrate on what I really want.

What do I want?

I want to go away for the night and watch The Real Housewives of New York City on cable television in a quiet hotel room.

I want to nudge autism aside and stop framing everything within it’s distorted, biased lens.

I want my son to feel like everyone else for once.

I want to say yes.

I want to say why, yes, Jack, you can go to Ben’s birthday party. Go and play laser tag and swim in the lake and watch fireworks and eat cake. Go and enjoy a party just like your big brother Joey.

Even though I knew in my heart he could not handle this party, I said yes anyway. I said yes and then I packed my bag and I drove away with Joe to a beautiful hotel with cable television.

I said yes because sometimes, I just have to say to heck with autism and selfishness and worry.

And so I gave the nice mom all my numbers and I drove away and all afternoon I checked my phone for texts.

I thought about how he broke the precedence. He defied convention, he exceeded expectation. He lasted through it all–the laser tag and the swimming and the fireworks and the cake.

I thought about how I almost didn’t let him go and I would have robbed him of this chance to be successful and spend time with his friends and look at the camera and run around with laser tag.

Read more about Carrie, her children and the autism journey for her family at www.carriecariello.com

Do you have a child with Autism? Have you had a moment where you said yes but really thought you should say no?