Article I Don’t Want To Watch Your Child’s Performance 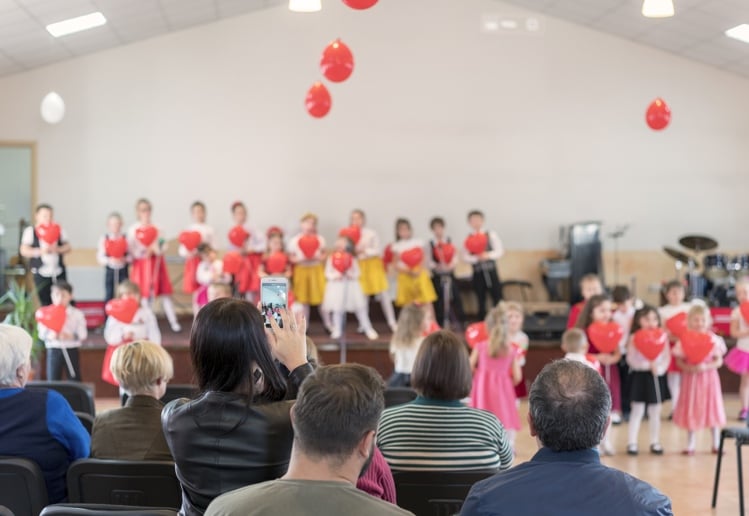 Please don’t take this personally, but, I don’t want to watch your child’s performance on stage… there I said it.

But I don’t mean it in a nasty way.

It’s just that I have trouble sitting still for my own child’s routine, let alone stick around for two and a half hours to watch everyone’s little ones perform.

I know, your child and their group are going to do an amazing job up there on stage, as is mine. But do we really have to stick around and watch each other’s child’s act?

Why Can’t I Leave?

If you got up and left before my child’s class started their performance, I wouldn’t mind. I know that people have things to do, places to be, I can empathise with that.

Would you mind if I quickly bolted out the door as soon as my child’s gig was over?

It’s just that I’ve got a million and one things to do at home, not to mention that I’ve left the rest of my little tribe at home with their grandfather and isn’t part of the bonus of being a grown-up that I no longer have to stick around for the whole duration of these long winded events?

I’d Much Rather Do Something Else

Besides, if I had two and a half hours to spare I’d much rather spend it on myself doing something that I love. Free time is an absolute luxury to most parents…

It’s not a wedding after all…

I’m sure our kids won’t even remember being up on stage when they’re our age. So why in the world does the event letter state that I can’t leave after my child’s performance is over?

Is it because they suspect all the parents who are leaving are going to disrupt the course of the show? This may very well be a possibility, but in that case, couldn’t there be a pause after each act for people to leave if they so desire?

I feel like I’m walking into a hostage situation here!

If I’m paying for the tickets to watch the performance, shouldn’t I be able to leave whenever I like without the guilt?

Mums are all for eliminating ‘mum guilt’, so couldn’t I just waltz on out of there without ruffling anyone’s feathers?

It’s Part Of Being A Parent

When I was a child at school I looked forward to becoming an adult so that I didn’t have to wait around at what I felt were boring school plays… but I guess the truth of the matter is that growing up means having to be placed in time-consuming situations which you may not always enjoy.

I still think my ‘pause’ at the end of each act was a brilliant idea though… I mean they wouldn’t have stated that attendees cannot leave, unless they knew that most people want to do a runner just like me!

My child is only going to be up there for ten minutes max.

Perhaps if I’m being forced to stay against my will then I should be the one getting paid for my time?

With all due respect to your child, and mine, if I had a spare two and a half hours in my day, I’d much rather spend it catching up on sleep… not because our kids aren’t going to do a fabulous job of their performances… it’s just, when I signed up to parenting, I missed this in the fine print… the part where it states I would have to form part of the tribe and watch everyone else’s child as well as my own.

… and there it is! The answer! I am part of the village that will be there for you, and your family, cheering them on as though they were my own and helping to create a sense of excitement in the atmosphere because that’s what parents do best!

I guess I’ll see you at the hall! I’m sneaking in a flask of coffee, and enough food to feed an army, if you need some come see me, I’ll be the one in the back row clapping and whistling the loudest!

Do you agree with me? Tell us in the comments below.