Article I Made Hash Browns In The Toaster….And It Worked!

My kids LOVE their hash browns. They can eat them for every meal and in their opinion, no dish is perfect without them. So I’ve always got a bag of hash browns in the freezer, ready to pop them in the oven.

But you know how it is, the kids come home late from sport and they’re starving. I cannot get their dinner out fast enough and heating up the oven and baking a hash brown is just going to delay the process. But then I read about a shortcut that may change my relationship with the humble hash brown forever.

A true genius shared in the Markdown Addicts Australia facebook group about how she successful crisped up her hash browns in the toaster.

OMG! This is brilliant! Why have I never thought of this before?

I knew immediately that I would have to try this out for myself. But it did sound like something our local fire fighter would waggle his finger at. So in preparation, I read the comments and a few other stories from others who’ve toasted their hash browns and lived to tell the tale (and taste the goods).

How To Toast Your Hash Browns

The basic guidelines were that you could toast a hash brown straight from the freezer. You should use a medium setting on your toaster and watch the hash browns carefully for any sign of burning. You may need to pop the toaster about three times before your hash brown is crispy to your liking and warm inside. But toasters vary quite a lot so you will need to find the ideal time and heat setting for your toaster. It’s best if you can turn the hash brown occasionally using a toast tongs (not your fingers!!!) but be gentle as the hash brown can break, especially while it’s still raw. 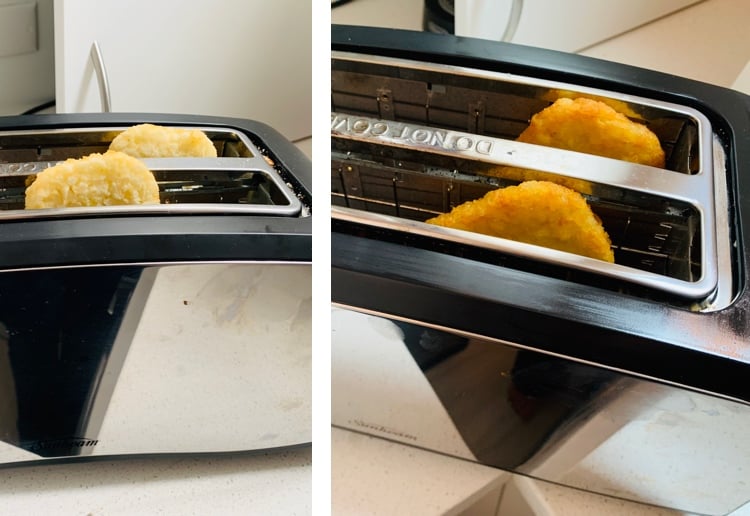 Some disbelievers warned that roasting a hash brown in a toaster could produce lots of oil that could catch alight. But I actually didn’t find that much oil was produced during the toasting process. There was a satisfying sizzle sound but there was certainly no drips of oil.

However, it is recommended that you clean the crumb tray after the toasting process, in case there are any oily bits left over.

Some people have said that they cook their hash browns in a flat sandwich press instead. I love this idea – I think this will be next on my list to try.

So, what’s the verdict? All hail the toasted hash browns. A quick and easy solution for when you need a hash brown right NOW! The downside is that you have to hover over the toaster during the cooking process and perhaps the crunch factor is not as good as the oven-cooked variety. But if you’re looking for an almost-instant hash brown fix, then this hack is for you!

What odd things have you cooked in your toaster? Tell us in the comments below. 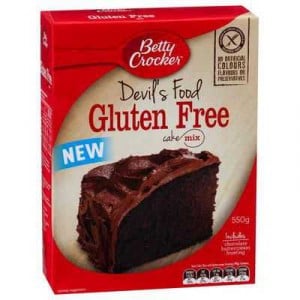 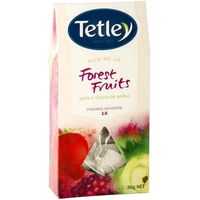