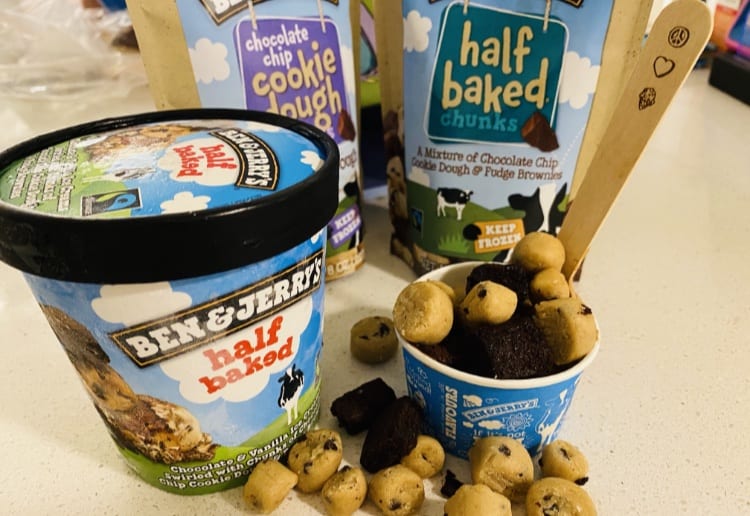 I know it’s probably not a good idea to be addicted to anything….but here goes…I’m Lisa and I’m addicted to Ben & Jerry’s Cookie Dough Chunks. There, I admitted it! But am I going to go to Ben & Jerry’s rehab (I doubt there’s actually such a thing!)? No ways! They’re just too delicious to give up.

My passion for Ben & Jerry’s is not a new thing. I’m a big fan of their creative ice-cream packed with all sorts of yummy chunks. The cookie dough flavours have always been my favourites and I would strategically dig into a tub to reveal the gobs of chocolate chip studded dough and then savour every bite. Ben & Jerry’s are most generous with their chunks but I always wanted more.

And now…I have it…and I can’t get enough.

Snacking on cookie dough has become quite the ‘thing’ over the last little while but Ben & Jerry’s came up with the idea decades ago. In fact, in 1984, Ben & Jerry’s became the first ice cream company to drop big chunks of chocolate chip cookie dough into a batch of ice cream.

But due to overwhelming demand for ‘just the chunks’, the ice-cream creators have given us what we want – a bag filled with those signature cookie dough chunks. 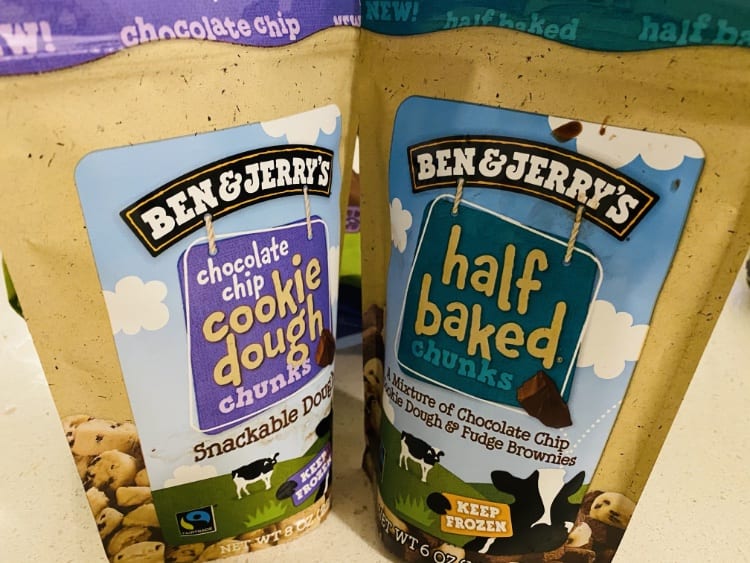 The two new flavours of cookie dough chunks are:

The first thing I did when I got my cookie dough bags was to cascade a whole waterfall of Half Baked Chunks over some Ben & Jerry’s Half-Baked ice-cream. There is absolutely no such thing as too much cookie dough.

“Cookie dough is what Ben & Jerry’s fans know and love us for, and we know our fans often dig around the ice cream to get to their favourite part – the cookie dough chunks! So, we thought, why not make it easier and put the chunks in a bag of their own? Snack on them straight from the bag, or sprinkle over a scoop of your favourite Ben & Jerry’s ice cream – you can enjoy the dough-licious chunks in many different ways!” said Francesca Lucas, Retail Marketing Manager, Ben & Jerry’s Australia. 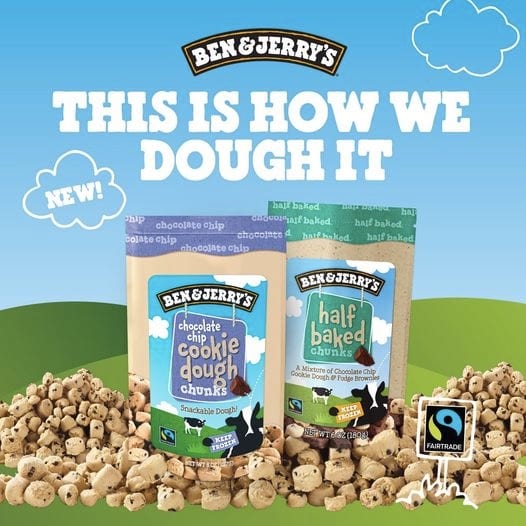 Where Can I Buy Ben & Jerry’s Cookie Dough Chunks?

To find out more and pick up more flavour inspiration, visit www.benjerry.com.au.

Are you a cookie dough fan? How would you eat cookie dough chunks – by itself or on something? Tell us in the comments below.