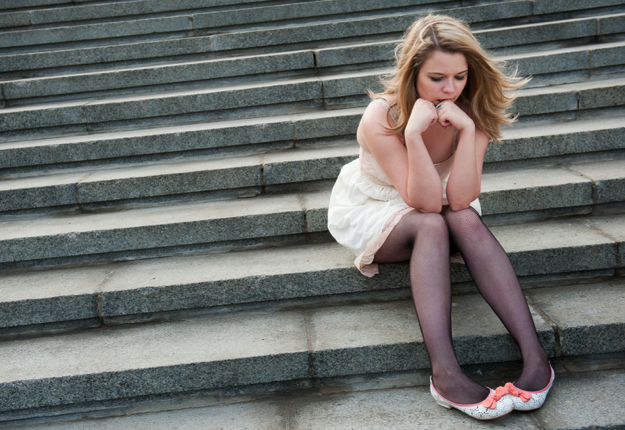 On the surface, bladder leakage in young women seems a trivial matter, but if it restricts a woman’s ability to take part in normal everyday activities, it can have much more serious consequences.

Recent research from the University of Adelaide (Avery et al. 2013) found that younger women’s mental health was often hit hard by urinary incontinence, while older women tended to be more resilient and accepting of the condition.

This finding, according to author Jodie Avery, might be due to the (mistaken) assumption by many that incontinence was an older woman’s condition.

The study found that key issues for younger women affected by incontinence were family, sexual relationships, sport and leisure activities.

Despite common beliefs, more than half the women in Australia living with incontinence are under 50 years of age.

Incontinence, one of Australia’s biggest health issues, is more prevalent than asthma (2 million), anxiety disorders (2.3 million) and arthritis (3.1 million), with 4.8 million, or one in four Australians over the age of 15, affected.  (Deloitte, 2011)

Ms Avery’s study showed that 20 per cent of the incontinent population had depression, much higher than the rest of the population (estimated at between 0.8 and 9.6 per cent by the World Health Organisation).

She said GPs needed to be aware that if their patient was affected by incontinence, the condition was often linked with depression, which needed to be treated to increase their quality of life.

Like depression, there is still a stigma attached to incontinence, with only about 70 per cent of people affected seeking professional help – this, despite the fact that incontinence is preventable and easily treated in most cases.

CEO of The Continence Foundation of Australia Barry Cahill, said there was much that could be done to prevent and manage incontinence.

“When you consider it can impact a person psychologically as well as physically, its even more important people acquire good bladder and bowel health practices,” Mr Cahill said.

In the majority of cases, preventing incontinence was simply a case of protecting the pelvic floor, he said.

“Avoid activities that stretch your pelvic floor or force you to push down on it – like heavy lifting, high impact sports, straining on the toilet due to constipation, chronic coughing or gaining excessive weight.

“And of course, doing your pelvic floor exercises every day will strengthen the pelvic floor muscles, which, like any other muscles, can be made stronger with regular exercise,” Mr Cahill said.

He also acknowledged the important role exercise played in general health and wellbeing, and directed readers to the pelvicfloorfirst.org.au website, which provides information on safe pelvic floor exercises.

The Continence Foundation has also developed two smartphone apps, Pelvic Floor First and the Pelvic floor awareness in pregnancy, along with numerous other free downloadable resources.

Anyone with incontinence issues can phone the free, confidential Helpline (1800 33 00 66), which is staffed by continence health nurses who can provide advice, information and referrals to the public and health professionals. Go to continence.org.au for more information.