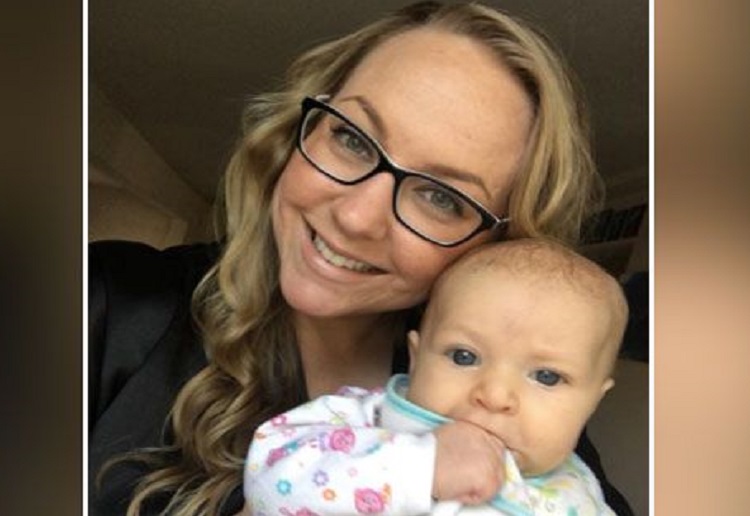 A US mother seeking medical advice for postnatal depression has been left stunned after “being treated like a criminal” when a nurse called the police on her.

Jessica Porten, from Sacramento, California, attended an obstetrician follow-up appointment her husband had organised after she had been suffering from fits of anger following the birth of her daughter Kira four months ago.

But instead of referring her to a doctor where she could receive a prescription for her problem, a practitioner nurse decided to call the police as a “standard procedure”.

Ms Porten took to Facebook on Friday to reveal the horrifying moment officers arrived to take her to the emergency room where she endured a 10 hour ordeal waiting for further assessment.

“I thought it was very excessive, but I was told that the ER was where I needed to go to get help,” Ms Porten told HuffPost Canada.

The mother-of-two revealed when officers arrived they realised there was no apparent threat and she was allowed to drive herself and Kia to the ER, all be it with a police escort.

Ms Porten claims her clothes were taken from her while she gave blood and urine samples.

She was assigned a security guard to watch over her while she waited for a social worker until her partner Scott arrived to look after Kia.

“This was a 10 hour ordeal that I had to go through all while caring for my infant that I had with me. And that’s it. That’s what I got for telling my OB that I have PPD and I need help.

“I was treated like a criminal and then discharged with nothing but a stack of xeroxed printouts with phone numbers on them.”

She revealed other mothers have contacted her to say they’ve experienced similar scenarios, something Ms Porten believes needs to change.

Jessica is determined to make a change!

Have you experience anything similar to Jess?