Article Is Pink’s Hubby Setting a Bad Example for Their Kids? 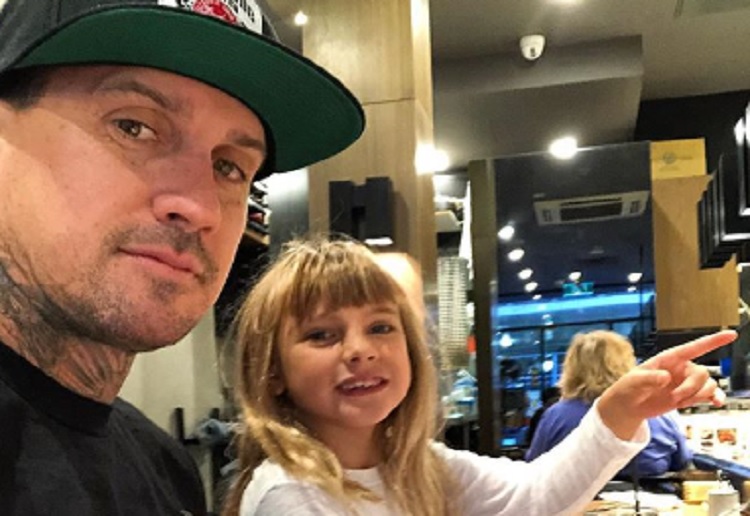 Pink’s husband, Carey Hart, has been slammed on-line AGAIN for posting a photo of his son, Jameson, drinking his milk while daddy drinks, what appears to be, a beer.

The photo, originally posted on Carey’s instagram page was re-posted by People Magazine on their social media site, causing a storm of comments.

The image, which can no longer be found on Carey’s instagram, caused plenty of discussion about whether or not Carey was setting a bad example to little Jameson who just turned one. 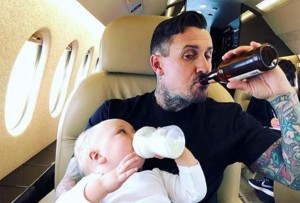 One user wrote, “That better not be alcohol! if it is that’s horrible that you do that right in front of your kids”

“Wrong on so many levels!” wrote another.

“It’s horrible to drink an alcoholic beverage in-front of your kids.”

While others defended Carey saying that it wasn’t even clear if he was drinking alcohol or that there was anything wrong with it any way.

Pink and Carey are often the victims of parenting shame. Carey was recently attacked after he posted an adorable video on Instagram of their 10-month-old son, Jameson. Read more on that here.

Read more – Pink’s Daughter Got HOW MUCH For a Tooth?

Do you think he is setting a bad example?