Article Is this the heaviest baby born in Australia? 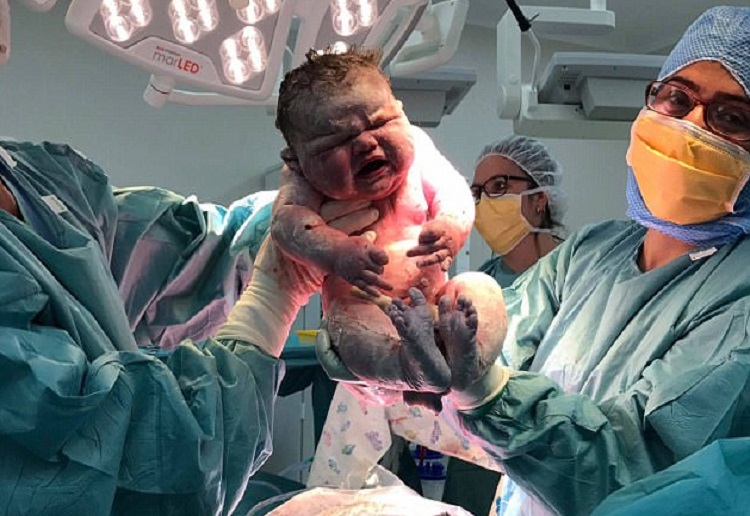 The heaviest baby to have ever been delivered at Queensland’s Rockhampton Hospital arrived on Monday.

Proud dad took to Facebook to share a picture of his newborn and break the exciting news, reports Daily Mail.

‘I’d like to introduce Maisie Lily Macdonald to everyone, weighing in at 13 pound 4 ounces (6.020 kilograms) claiming the record of biggest baby born at Rockhampton hospital,’ he wrote.

‘Welcome to the world and the family ya massive newborn.’

The words accompanied a photo of Maisie fresh out of the womb, with doctors proudly holding her up above the operating table.

Last year we shared the story of a teenager in India who gave birth to a baby girl weighing a whopping 15lbs – the heaviest girl ever born in the world. Read that story here.

There was also the Melbourne mum in shock after discovering her baby boy tipped the scales at more than six kilograms. Read that HERE.

Can you top this babies weight?