Article Is your little one a late walker? 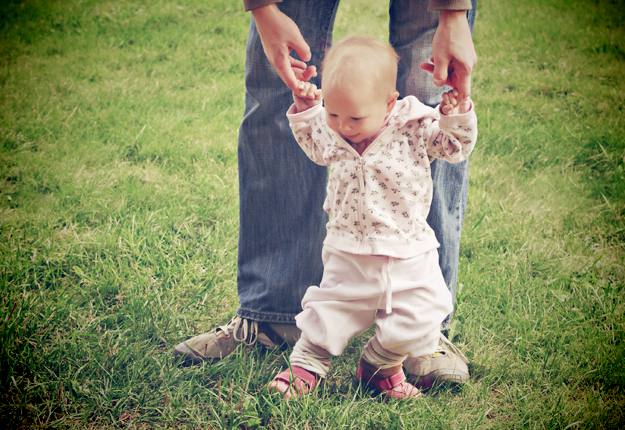 How could it be that my (not so) little boy got his PhD mere moments after entering the world, yet I am still waiting for him to take his first solo steps?

Fast approaching the 18-month-mark, he is growing-up before my very eyes in almost every respect.

He goes to sleep at night as a cherry-cheeked bub, with blonde hair slightly damp and curly from his bath, and a woollen onesie that shows off all his delicious rolls. He wakes up the next morning as a boy. “Have you grown overnight again?” I ask him gently every morning as I lift him out of his cot. He grins back at me with that winning smile of his, and nods earnestly like he knows what I’m asking.

Then he’ll go about his day – pointing to the fruit bowl and asking for a “nah-nah” instead of his toast, muttering “uh-oh” as he drops something else from his highchair, taking off his cardy and then deciding he needs it back on again, chatting gently to his teddy before giving him a big hug and then chucking him to the ground (he hasn’t learnt this from me, promise!), stacking his blocks and knocking them down, playing peekaboo with the dirty tea towel, reading/ripping his books, waving and blowing kisses at the girls (of all ages) he sees in the supermarket, saying “hi” to the kid next to him in the playground, and anything else that important busy toddlers do.

Except, walk. When will you walk little man?

Nevermind that he can walk next to me holding onto nothing more but my little finger. Nevermind that his mother is 5 months pregnant and soon will be incapable of carrying him much anyway. He just won’t… let… go.

We have tried everything. Giving him a walker, then taking away the walker because we thought he was relying on it too much, then giving it back to him again when he lost all confidence in walking without it. We’ve moved the furniture to encourage him to take a step between things, but he just drops to the ground and crawls to the coffee table instead. We’ve tried holding his hands and letting go, holding under his arms then letting go, holding his waist and letting go, enticing him with an iPad, enticing him with food, enticing him with money. I’ve even refused to carry him when I’m in the house so that he can realise how slow and boring crawling everywhere is. But he just grins, and plods along on all fours in his own good time.

I know he’ll let go one day and take a couple of sweet steps on this own, and when he realises he can do it, he’ll graduate to running straight away I think. I just hope this little cautious streak of his extends to his teenage years too, and makes him think twice about driving fast or getting into a schoolyard brawl.

Despite my (almost) desperation for him to walk on his own, I do secretly love that he’s still my baby. For a little bit longer at least.

Tell me beautiful mums, anyone else out there have or know of a late walker too?