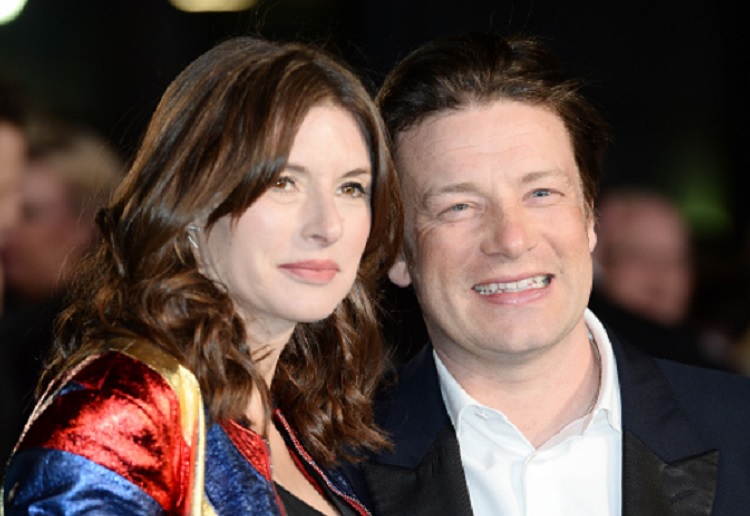 Jamie Oliver defends his breastfeeding comment: “I would never wish to offend women or mums as I know how incredible they are and I would get a kicking when I got home!”

Jamie Oliver recently appeared on LBC, (listen here)  and touched on the subject of breastfeeding. He said –  “We have the worst breastfeeding in the world.

“If you breastfeed for more than six months, women are 50% less likely to get breast cancer. When do you ever hear that? Never.

But sadly many individuals did not appreciate his opinion and hit back at Jamie for trying to tell women what to do with their bodies, nipples, and babies.

One columnist wrote for The Guardian, “It’s not Jamie Oliver’s job to lecture us that breast is best.”

A mum also pointed out that breastfeeding is not always an option.

“Wow, if only I’d had Jamie Oliver to tell me breastfeeding was easy and convenient when my baby wouldn’t latch and got dehydrated!”

Jamie defended himself and his comments by saying “I’m not planning on starting a campaign around breastfeeding”. 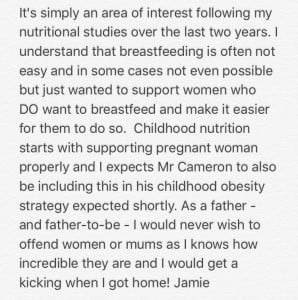 “It’s simply an area of interest following my nutritional studies over the last two years. I understand that breastfeeding is often not easy and in some cases not even possible but just wanted to support women who DO want to breastfeed and make it easier for them to do so.

“Childhood nutrition starts with supporting pregnant women properly and I expect Mr Cameron also wants to be including this in childhood obesity strategy expected shortly.

“As a father – and father-to-be – I would never wish to offend women or mums as I know how incredible they are and I would get a kicking when I got home! Jamie.”

Jamie and wife, Jools Oliver, recently revealed they are expecting their fifth child.

I think it is nice that a male has the guts to speak out about breastfeeding. Not many men do. Maybe it would be accepted more in the community if men did speak about it more and stop sexualising it. Am I being naïve though?