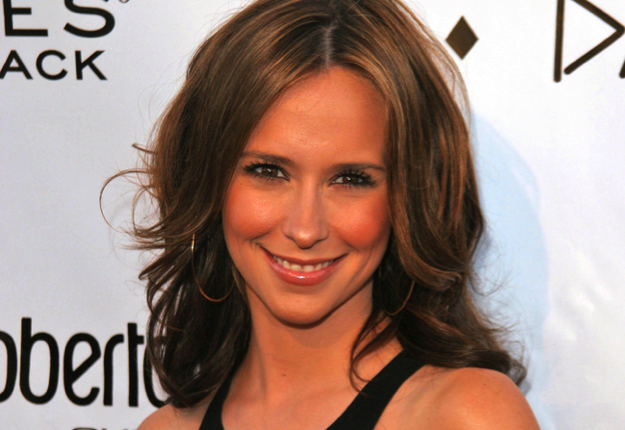 Congratulations to the always glowing Jennifer Love Hewitt who is expecting a baby brother or sister for daughter Autumn, Jennifer and husband Brian Hallisay, 36, will be welcoming their new family member later this year.

The couple, who married in secret just before the birth of Autumn (13 months) in November 2013, are said to be over the moon about the pregnancy

“Jennifer and Brian are thrilled to be expecting their second child” Jen’s rep told ABC News.

Jennifer, 35, and husband Brian Hallisay met on the set of The Client List in March 2012 and haven’t wasted anytime since being together. They became engaged in June 2013 and both married and welcomed a child in November 2013.  been madly in love ever since.

Autumn James Hallisay, was born on November 26, 2013 and the “Party of Five” star gushed about how helpful her hubby was in the delivery room telling Jimmy Kimmel:

“He should be a male doula.”

“I was really worried that I was going to get that face — ‘Mmm, what’s happening here?’ — and I’m not good at the faces so I would’ve been like, ‘What does that mean? What does that mean!’” she told Jimmy Kimmel back in September 2013.

“But he was just like, ‘This is great. I am so proud of you right now. This is awesome, you look beautiful.’ Like, he said all of the right things, I was really proud of him.”

We wish the happy couple all the best! SHARE your thoughts in the comments below.