Article Jessica Simpson under attack for “sexualising” her daughter 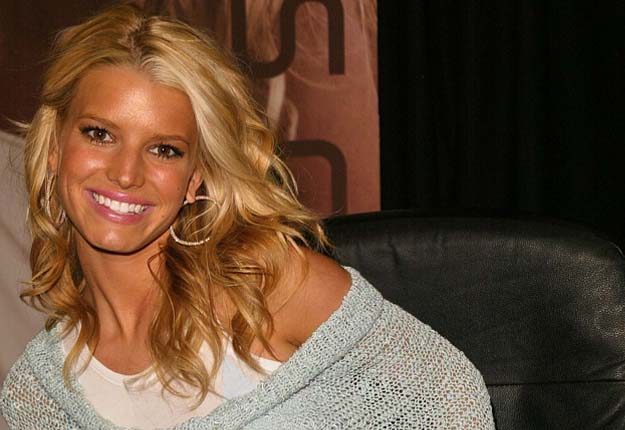 Jessica Simpson is accused of sexualising her three-year-old daughter with this photo caption.

All hell has broke out on Jessica Simpson’s Instagram page after she posted a photo of her young daughter.

The popular American singer and TV personality took to social media with a cute photo of her three-year-old girl Maxwell.

In the picture, her daughter posed with her hand on one hip clutching a milkshake.

Jessica posted the picture to her Instagram, which has 2.4 million followers.

The caption read: “My milkshake brings all the boys to the yard and they’re like it’s better than yours…”

The phrase refers to popular smash-hit Milkshake which was released by Kelis in 2003.

Most people know that Kelis’ song isn’t actually about dairy products and a strong sexual undertone runs through it.

Since Jessica posted the picture online, she’s been bombarded with accusations that she’s “sexualising” her child.

A disgusted commenter said: “So wrong, in so many ways, she is a child” while another remarked: “She’s only a baby stop writing those captions”.

Another concerned parent said: “Think about all the paedophiles out there! They can see the pictures. Poor girl.” 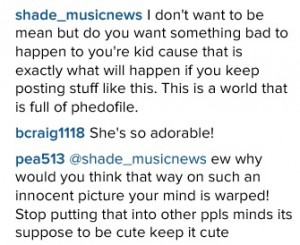 “She’s precious but I wish you would stop over sexualizing her. She a precious little girl… treasure her innocence in world filled with filth.”

Despite the controversy, some of Jessica’s supporters have sprung to her defence.

One fan said: “So cute ignore the negative its an innocent photo of a 3 yr old with attitude.”

The comments continue on and on.

Jessica has not bothered to make any response.