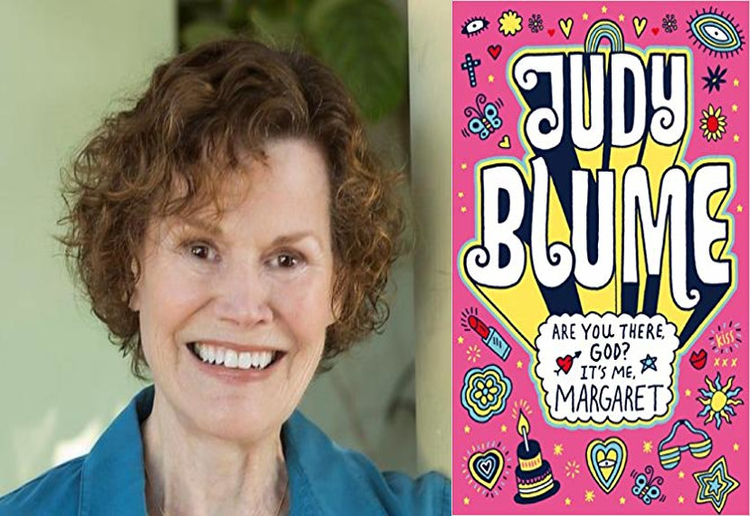 Judy Blume’s ‘Are You There God? It’s Me, Margaret’ is to be brought to life by the producers of The Edge of Seventeen.

Judy Blume’s iconic novel ‘Are You There God? It’s Me, Margaret’ is set to be made into a film, nearly 50 years after it was first published in 1970.  Many of us will no doubt have read Blume’s book, or studied it in school, and followed along with the experiences of eleven-year-old Margaret as she attempts to navigate the trials and tribulations of teenage life.

The Time Has Come

Blume has said that the experiences of Margaret in the novel are based on her own experiences as a teenager, particularly the pressure she felt to mature at the same rate as her classmates, and her discovery of faith and spirituality in a mixed faith household. Eighty-year-old Blume has rejected countless attempts to adapt the book for the screen over the years, but tweeted her followers in August to announce that she was in discussions with film producers, saying “I think the time has come.”

Blume’s novel is in good hands, with James L Brooks and Kelly Fremon-Craig, who produced the coming of age drama ‘The Edge of Seventeen’ starring Hailee Steinfeld, buying the rights to the story.

They say they saw the potential in Blume’s story right away. “It is this right of passage for women and girls,” Fremon-Craig told The Guardian. “There’s something so timely and full of truth and I remember for me that at that age, it felt like a life raft at a time when you’re lost and searching and unsure.” “Women remember where they were when they read it. I can’t think of another book you can say that about.”

There is yet to be an announcement about the cast or release date for the film, but we’re sure this will be a hit with mums and teens alike.

What was your favourite Judy Blume book? Tell us in the comments below.