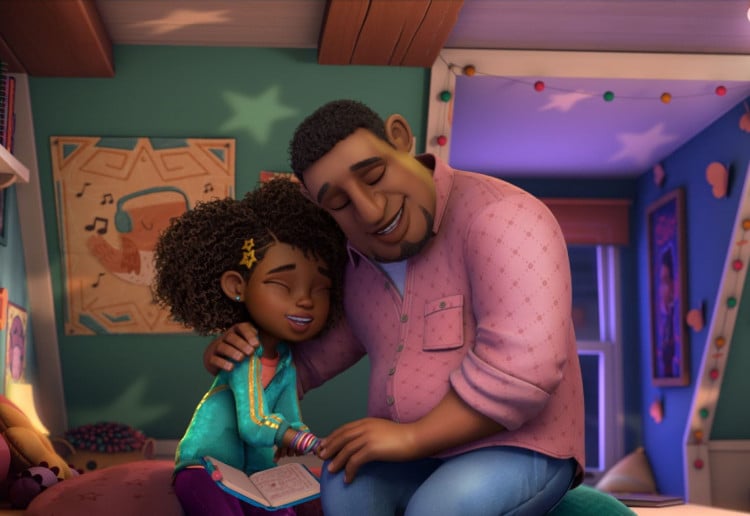 Rappers and animated kids shows don’t usually go together, however US superstar Chris “Ludacris” Bridges is a man of many talents and passions.

Karma’s World – an animated series currently screening on Netflix – was inspired by Ludacris’s oldest daughter Karma, who has been joining him in the studio ever since she was a little girl. Aimed at kids aged 6-9, each episode is infused with all-new original hip-hop music from the Grammy award winner.

In the show, Karma and her friends face the challenges of growing up while learning to express themselves and inspire others, one song at a time.

Here the rapper, composer, community supporter and star of films such as Fast and the Furious tells us more about the show and being a doting dad of five girls.

What is Karma’s World about?

The series focuses on themes of self-expression, identity, leadership, creativity and the importance of community. In the series Karma is 10 years old and uses her music to help her family, friends and community, while learning just how much power her words can have. She doesn’t just want to share her music with the world – she wants to change the world with it!

Voiced by the wonderful Asiahn Bryant, Karma is a resilient, and deeply empathetic child. She pours her soul into her writing, channelling her feelings into whip-smart rhymes with passion, courage and  good humour. I voice Conrad the dad who’s Karma’s number one creative champion and the amazing Tiffany Haddish is Lady K, a local hip hop legend and Karma’s role model and mentor.

I’ve been dreaming of some version of Karma’s World for 14 years ever since my oldest daughter, Karma, would join me in the studio, asking to make music, too. I gave her the classic but true advice, ‘write what you know.’ My dream is for other kids out there to hear Karma’s music and not feel alone. I also hope that when they connect to Karma’s music, it inspires them to find their own form of self-expression.

What topics does the show cover?

It’s a show for families that addresses what kids really go through. Some episodes are based on actual events our family went through together and tough questions Karma had for us. So, in episode one, Karma learns to celebrate differences and stand up to bullies when people make fun of her name. In another episode, she embraces her natural hair when she begins to doubt herself.

Is there a bigger message behind the show?

For sure. Karma wants to change the world, and I truly believe that every human has that power, as does music. Karma uses her voice and her music to help her family, friends and community. I want the show to help spread positivity, inspire self confidence in our children, and bring the world together through music.

Aside from Karma, you’re also a dad to Shaila, Cai, Cadence and new baby Chance. What’s it like being a dad to five girls?

I love every minute of fatherhood! Every day with my girls is something different and I’m so proud of them. They have taught me so much and changed me for the better. It’s my daughters who inspired me to create this show for kids to spread a message of confidence, creativity and empowerment.

Were you involved with the music in the show?

Yes, and I’m so proud of the music in this show in collaboration with Universal Music Group, who has been with me since my first album. We did not let anything limit our creativity when building the soundscape that fills Karma’s World. The music is for all ages, not just kids.

Is it mainly rap?

You’ll actually hear all different genres – country, reggae, reggaeton, pop, jazz, R&B, hip hop, classical and so much more. The songs flow with the storytelling and blend into the narrative, with Karma’s impressive rhymes addressing important topics and themes in each episode, such as celebrating our differences and standing up for your community. This show is going to move hip hop culture forward.

Who are your favourite women rappers?

I’ve admired Queen Latifah and Missy Elliott for so long. I recently worked on a project with Queen and it was one of the best experiences ever. Her energy is unmatched. Missy Elliott also has great energy. I really love her work ethic.