Article Kate Hudson’s son did what? 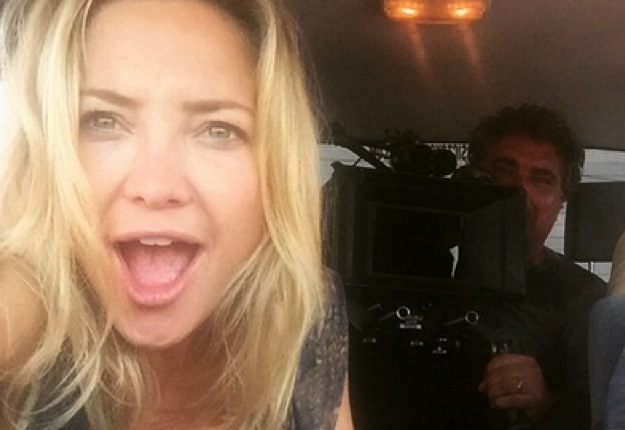 Kate Hudson admits her kids get on her nerves sometimes – but she still loves them fiercely.

Appearing on The Late Show with Stephen Colbert, Kate reveals that her sons, Ryder, 12 and Bingham, four, sometimes get on her nerves but she still loves them dearly.

‘Let’s start with the fact that I, literally five seconds ago, was on FaceTime with his teacher, going like, ‘He did what? He did … ?’ He’s a great kid, I love him so much.

‘They’re your kids and you love them and then you can’t stand them sometimes – it’s just the truth.’

She recalled a particularly bizarre incident when a play-fight between the two kids ended up with them both throwing up.

‘He threw up everywhere and he thought it was hilarious! Then they both started. He threw up because it was so gross! These are the moments that test you as a parent. I was like, ‘G-g-get out of my room.”

HILARIOUS! Kids are the bomb.